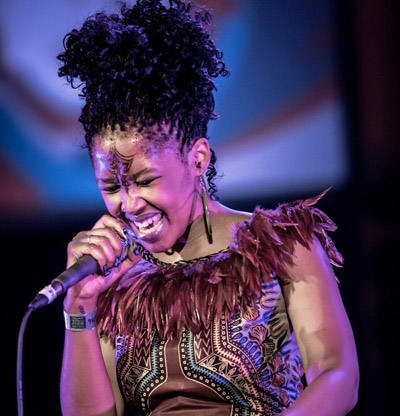 Zuko Collective (ZUCO.) is a musical relationship between Nozuko Mapoma and a variety of creatives, who together form the collective, creating sound as pure and authentic as Africa.
The music is a wonderful, imaginative African Eclectic sound of funk-jazz married with the husky, holistic and enchanting vocals of Zuko.
The music can be described as a collection of cries and celebrations. They tend towards a fusion of alternative sounds of Caribbean feel with an indigenous essence. The band is able to capture contrasting emotions into single songs that ultimately compiles a spiritually awakening, therapeutic and upbeat product.
It is a collective of people who resemble something which is bigger than themselves – truth.

‘It’s a movement and we are the instruments.’