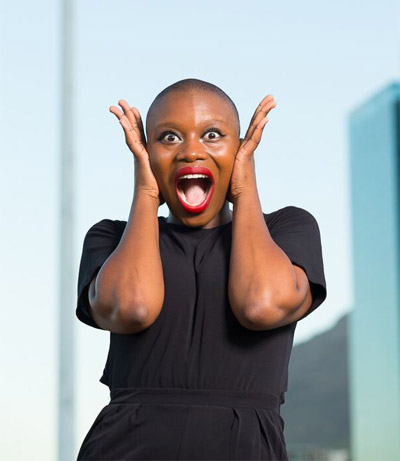 Zoe Modiga was born Palesa Nomthandazo Phumelele Modiga in Overport, Durban and raised in Pietermaritzburg. Her love for music at a very young age encouraged her to attend the National School of the Arts in Braamfontein, Johannesburg where she studied classical piano, clarinet and vocals. Her time at the school provided an excellent platform to pursue music as a passion and career in her later years. She is currently completing her degree in jazz vocals at the South African College of Music, UCT.
Over the past few years, with some experience behind her, this singer-songwriter’s talent has opened a number of doors in the music industry. Zoe has been fortunate enough to be part of celebrated festivals such as the Aardklop Festival, Artscape Youth Jazz Festival, UCT Jazz Festival, Joy of Jazz and The Cape Town International Jazz Festival.
On these respected platforms she has had the privilege of sharing stages with the likes of Gloria Bosman, Matthew Gold, The Kiffness, Breakfast Included, the Frank Paco Art Ensemble, Mark Fransman, Sibusiso Dhlamini, Marcus Wyatt, Benjamin Jephta, Tshepo Tsotetsi and many more.
Despite sharing the stage with a number of performers, Zoe’s pursuit for her own identity became a strong force in these collaborations. She aspires to pursue a multifaceted career where her singing, songwriting and performing is challenged, revered, inspired and influential.
This identity within her music attracted the ear of a number respected recording artists. She featured on the following tracks in recent times:
“Pushing On” with The Kiffness
“Dream” with The Kiffness
“Musukungibambezela” with Frank Paco Art Ensemble
As well as upcoming projects with Soul Sessionz, Kaapstad and the JoKunnuji Experiment.
Zoe recently won the 2015 jazz category for the SAMRO Overseas Scholarship Competition and is currently working on her own debut album.