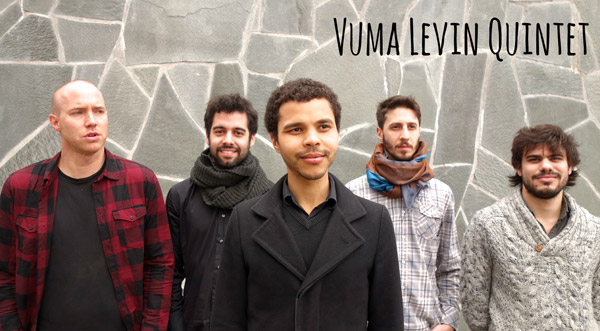 Born a South African and raised during the unstable interregnum years of Post-Apartheid South Africa, Guitarist Vuma Ian Levin’s music is an attempt to interrogate conceptions of identity, nation, culture, power and being both globally and in the emergent, post 1994 South African Democratic project.

His debut album “The Spectacle of An-other” aims to, via musical abstraction, simultaneously empower marginalised Black South African histories and interrogate and explore the nuances of contemporary South African Identity in an age of Globalisation and Hybridity. To this end it invokes Ngugi Wa Thiongo’s clarion call to “see ourselves clearly” and Chimamanda Ngozi Adichie’s call to nuance “the single story” told about Afrika and her people!

The Album was recorded in the German countryside at the renown Fattoria Musica, Osnabruck and Mixed by the critically acclaimed Chris Weeda. The album’s liner note’s were penned by one of the leading figures in Black Existentialist Thought, Prof. Lewis R. Gordon. Of the album he said:

The band bring together musicians from around the world. All award winners in their own right:

From June 16th – July 7th 2015, Levin and his quintet will embark on an album launch tour to South Africa playing at the top venues and festivals around the country as well as conducting educational workshops. Performances venues will include, The Orbit, The Afrikan Freedom Station, Tagore’s, The Crypt, The Straight No Chaser, Jazz in the Native Yard and the Grahamstown Youth Jazz Festival.

First picking the guitar up at 14, Levin later received lessons from the South African Jazz guitar legend, Johnny Fourie. He completed a National Diploma at the Tswane University of Technology going on to be presented with the best Guitarist Award(2008). In 2009, Levin was selected as the guitarist in the Standard Bank National Youth Jazz Band, led by Feya Faku, which culminated in a performance at the Grahamstown Jazz Festival and later at the Standard Bank Joy of Jazz Festival. Never one to shy away from a challenge, he went on to attend the prestigious Conservatorium Van Amsterdam where he graduated, Cum-Laude, and earned the much coveted Non-EU Talent Scholarship to finance his masters study. In 2014 his quintet, won the 2nd prize in the National Leg of the Keep an Eye Awards (Netherlands). He went on to win the 3rd prize, incentive prize and prize for the most original band in the international leg of the Keep an Eye Jazz Awards, which featured bands from New York, Helsinki, Amsterdam, Vienna and Philadelphia. Finally, In 2014 he was nominated by the Jazz Guitar Department for the Eindwerk Prijs and went on to be announced as one of the 9 national finalists. Finally, he was selected as a quarter finalist for the SENA young guitarist award in 2015.