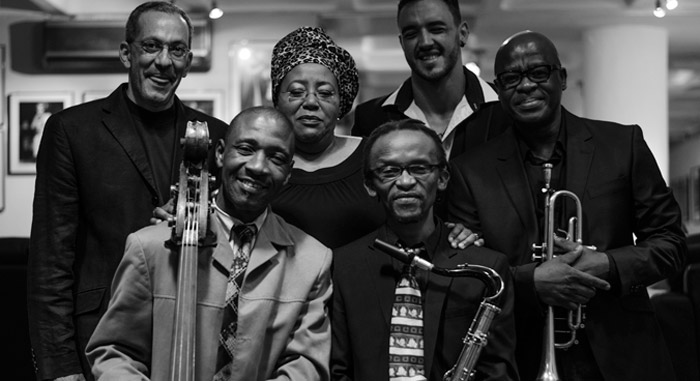 Uhadi’s Ensemble is an all-star jazz group from Johannesburg, South Africa which will be kicking off their first ever U.S. tour at the Bearsville Theater on Saturday, March 29. Pulsating to the rhythms that inspired Paul Simon’s Graceland, the performance will include a pre-show educational workshop with the band and local students as a part of Jazz at Lincoln Center Presents. The performance will celebrate the 20th anniversary of all-race elections in South Africa and honor the life and works of the late President Mandela.

Jazz was such a crucial component of the anti-apartheid struggle in South Africa that the government attempted to clamp down on jazz performance following the Sharpeville Massacre of 1960. Jazz music was seen as a tool of democracy and black empowerment. McCoy Mrubata, Uhadi’s saxophonist and bandleader, found himself immersed full-time in music after the youth riots of 1976, events that sparked his political conscience and drove him towards the life of a musician.