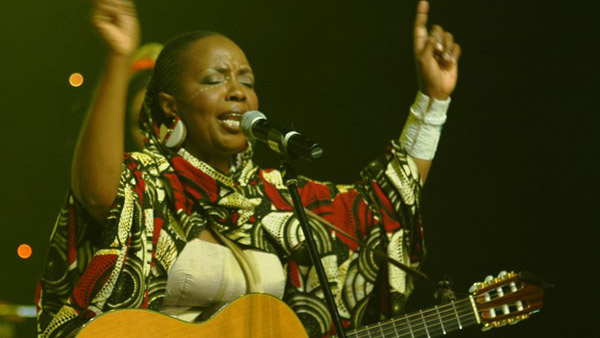 Besides being an actress, South African born Tu Nokwe is a singer, guitarist, composer, lyricist and teacher. Tu Nokwe’s passion and love for children and community is the driving force behind her music. This has seen her Album, African Child win ‘Best release from Africa’ on the British world music magazine. In South Africa, she has performed for the corporate, government and commercial audiences. She acted in the movies Shaka Zulu, The Red Scorpion and has mentored some of the actors for Sarafina, and many other artistic productions.

Brought up in a family of six singers, Tu Nokwe initially taught music to township kids in her family’s Amajika Youth and Children’s Art Project. She eventually traveled to London and New York and took lessons at the famous Manhattan School of Music. When she returned in 1993, she started gathering material for her first album Inyakanyaka which made its maiden debut in 1996. The album redefined Tu Nokwe as a powerful musician with original ideas. Inyakanyaka was followed by African Child (2002).

Tu Nokwe has currently produced The 1st African diary with Self Management tools (Journey of my Soul). The theme of this diary is ‘Order Creates Comfort’.

This diary cuts through all industries as an intervention tool that promotes; capacity building, service delivery, team spirit, wellness, and self awareness Encourages people to be innovative and self reliant (not to be afraid to come up with ‘crazy’ original inventions and concepts that can rebuild and uplift our society) Bridges the gap between high school and varsity, varsity and life, and so on (for everybody to be ready for the job market) Promotes holistic ideas for bettering oneself and others with positive values (to change the face of the disadvantaged communities and rural areas)

Tu Nokwe describes her music as a spiritual new age African sound with influences of jazz and funk. In 2005, Tu Nokwe founded the traditional music project that is positioned to play an important role in the preservation of indigenous African music and the transformation of music education in South Africa.