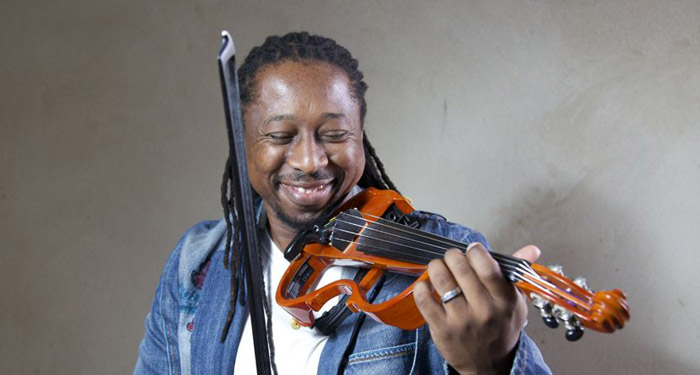 Tshepo Mngoma is a sought after music director, arranger, producer & violinist. He has been featured as a violinist in Sibongile Khumalo’s Immortal Secrets & Quest. He studied at the University of Cape Town, graduated in 2002 for his BMus Studies; he has acquired recognition through merits during his time as a student, including that of Old Mutual Jazz Encounters with fellow varsity band Letlareng for best Afro Jazz band in 2001. He has featured in many musicals including Moya Wa Sechaba which was staged at the Grahams town Arts Festival, also in Guardian of the flame & Aqua Opera to name just a few.
It is with no doubt that Tshepo’s experience spans many years even as far as growing up under the mentorship of his late grandfather, the late University of Zululand Professor Khabi Mngoma & the influence of his mother Sibongile Khumalo.
His Debut album “People & Places” brings much excitement as it a story of a young artist’s life who has shared his talent with young & old, both here at home and internationally, inspired by the music of many countries that he has travelled & has been exposed to.
This self produced debut album has many wonderful moments & will surprises many as this is Tshepo presented holistically, like never before. As he says in one of his songs, “walk with me”, one needs to listen to each song & discover the many inspirations & colors presented in his music, from the hustle & bustle of Jozi to the laid back smooth jazz of Cape Town & the serenity of Durban, where he is currently residing.
The process has not come without its share of challenges, the decision to do it through Shammah Records, his record label co-owned with wife Swazi Dlamini, gives him the creative space to do things at his own pace, in his own time, which is vital as he is presenting his life’s work for the first time, this is a reflection of who he is.