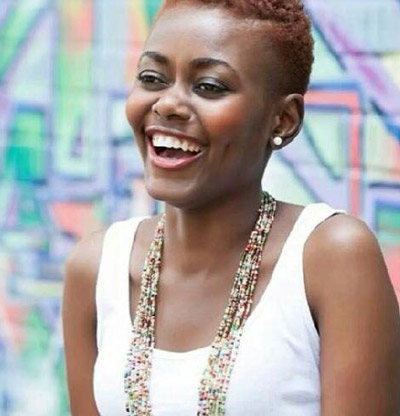 A singer and songwriter, songbird Tribute ‘Birdie’ Mboweni was born and raised in Mkhuhlu, Mpumalanga. Having serenaded audiences in Qatar and Dubai playing with a jazz band featuring one of South African’s great jazz pianists, Sylvester Mazinyane, performing at COP17 national awareness events, as well as performing at the Earth Fest in Zambia, the petite singer is working diligently to carve a path that ensures that she too, has a place in the music industry.

Locally, she has showcased at some of the hottest stages such as the Victory Theatre, Silverstar Casino, Niki’s Oasis in Newtown, Winnie’s Jazz Club in Sandton, as well as the Rendezvous stage at the South African State Theatre as part of the Jazz and African Music Nights. After successfully delivering a stellar performance at the South African State Theatre on April 25, Tribute went on to dazzle music lovers in a 2-hour long showcase presented by Yfm 99.2’s Live N ReYired series on the 12th of May, which she followed up with a performance at Johannesburg’s number one live music showcase platform, Up & Coming on the 28th of May. She went on to give 5 stellar performances at the 2014 Grahamstown National Arts Festival, receiving a great review for her soulful offering of her own music and music that celebrates South African legends. She recently gave another stellar performance, opening for The Soil on the last leg of their nation-wide Reflections Tour at the Lyric Theater.

Tribute has made strides having come first place at the Born To Be Famous Academy’s Born To Sing Showcase, judged by lead talent scout and Native Rhythms Productions Founder Sipho Sithole and Mandisa Bardill-Kwebulana, Executive Producer at Imbumba Stage Productions. She has also participated in a couple of historical musical productions having featured in one of the two Radio 2000 Nelson Mandela celebratory songs, All About Love, as well as the International Organisation of Migrations’ I Am a Migrant Too campaign song and video.

A Boundless Southern Africa Ambassador, off the stage she is an Environment and Conservation Ambassador, working committedly and tirelessly making a difference across the country through Projekt 23 – The Green Movement, a community and schools-based environmental education, treeplanting and social upliftment non-profit organisation she co-founded in March 2009; also having been the character of study on the award-winning short documentary, The Guardian, which is part of SANBI’s (South African National Biodiversity Institute) 8-part Caretakers series. Having made the list on the Mail & Guardian’s 200 Young South Africans in 2010 under the Environmental Youth leaders sector, she has also represented South Africa in a number of international platforms including the 2010 G8 & G20 Youth Summits in Canada, the One Young World in the US, the International Biodiversity Conference in Japan, amongst others.