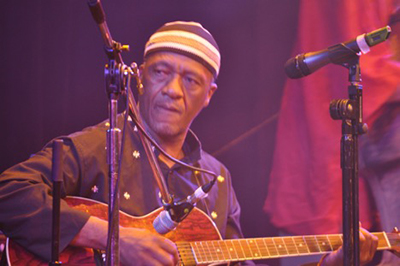 A perfectionist by nature , his work reaches out to the top end of any market- a world- music aficionados dream, spiritual and meaty to the very last drum beat.

Influences for Tlokwe’s work all stem from the rich land that is Africa – Always an artist/ teacher with a bold approach , Tlokwe is not afraid to address political and social topics through his music  and guiding people more to enlightened opinions. His first two albums spawned hits that reached the very core of mankind—songs with handsome depth and flowing rhythms

A common thread of all these albums is the African spirituality which he is a part of and which he brings to his music and always advocates that most of our people seem to have lost and maybe even why our situation as people of African descent seem to be so elusive and out of our control because we have abandoned our African ancestral lineage for devotion to foreign traditions.