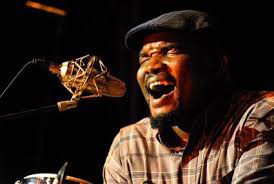 Gentle, focused and extremely wise for his years, he renders his listeners calm with his confident, soft-spoken voice. One of the finest jazz album releases around, one can sense his strength of a character through the music. With many Latino influences, beautiful piano pieces and soothing African vocals, the album is a far cry from simply a drumming album – it is a celebration of musical styles.

A fusion of raw talent and honed skills, blending with the traditional elements that make these songs some of the best loved around.  His spiritual album, The Ascension of the Enlightened, is a sincere offering from a truly enlightened man. Born in Soweto, Tlale moved to Swaziland at a young age and began drumming at the age of four. Tlale Makhene has indeed been blessed. As a debut album, the quality and sophistication of the Ascension of The Enlightened is ageless and will be loved by many generations to come. The album was nominated and won the MTN SAMA award for Best Contemporary Album.