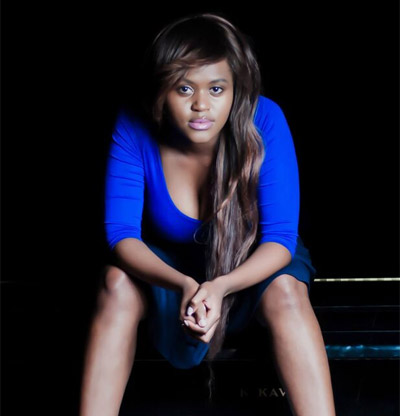 Born and bred in the windy city Port Elizabeth – Titi Luzipo, a jazz sensation started singing at the tender age of 5. Her musical background was enough guarantee that she would take the musical path. Her grandfather CB Qwesha was a great choral composer, her mom a former lead vocalist of the 80’s hit jazz band – The Soul Jazzmen which featured great trumpeter Feya Faku and the late and legendary Winston Mankunku Ngozi. Her brother who also is no stranger to the music scene is a composer, arranger vocalist and pianist who formed the band – Echoes Of Africa in early 2000 with SAMA Award winning jazz saxophonist – Phumlani Mtiti.

Titi undoubtedly joined the musical train of her family and started playing flute at the the age of 11. She joined the Eastern Cape Youth Philharmonic Orchestra but soon realized that her first love was singing.

Her singing career boomed at the funeral of the late Dolly Rathebe’s husband and composer of Bra Hugh Masekela’s hit song Mbombela – Mr Welcome Duru. She received a standing ovation at the funeral and has since left all her audiences longing for more. George Benson, Judith Sephuma, Gloria Bossman, Feya Faku, Zwai Bala are just among the few names Titi has been privellaged to work with.

In 2009, she was invited to sing for State President – Mr Jacob Zuma following a Womens Rally in the Eastern Cape led by the ANC Women’s League. In 2010, she decided to further her studies in music at The University of the Western Cape – Centre for Performing Arts and the following year continued at the University of Cape Town – South African Music College where she hopes to graduate after taking a break this year.

She releases her album later this year under the production of maestro – Zwai Bala.