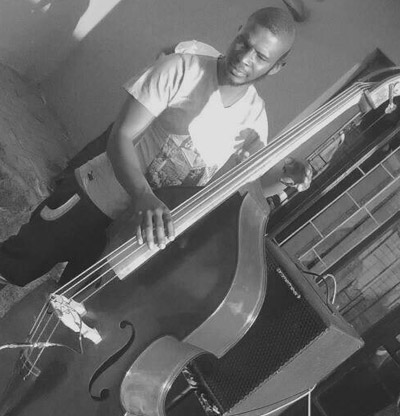 Thuto Motsemme is a flexible and versatile bass player who hails from Kwa-Mashu, KZN. He was introduced to music when he was 13 and participated in local choirs as a baritone singer which led him to study music at a later stage.

In 2001 he enrolled in University of Kwa-Zulu Natal School of Music and studied Jazz and Popular Music under the supervision of Phiwe Solomon as his personal bass teacher. He graduated in 2006 with a National Diploma in Music.

He has worked with a lot of accomplished musicians in South Africa including Feya Faku, Andile Yenana, Afrika Mkhize, Steve Dyer, Bheki Khoza, Nduduzo Makhathini, Ayanda Sikade, Gloria Bosman, and Melanie Scholtz in addition he was the member of both the SAPS Brass band and Entertainment band and he is currently a member of the Young Lions Jazz Ensemble which comprises of young jazz musicians in the country.

For all these years of working with different musicians he has developed his own unique and distinctive sound which draws its influence from all sorts of variety of music including church hymn, African folk music, avant-garde, and hip-hop, jazz. His compositions are fresh, bubbly and full of energy; anyone who encountered with his music gets transformed because of intensity and his commitment to this art form called music.