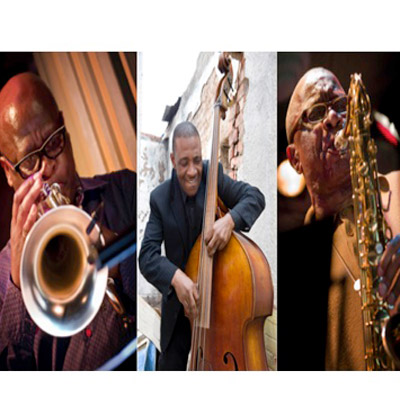 ”The Notes” is a group which consists of three experienced South African Musicians who are leaders outside this newly formed Unit (The Notes). After a long period of not working together due to other commitments and projects both locally and abroad, they decided to put their heads together and form this Unit. Bassist Herbie Tsoaeli is the one who was instrumental in putting the band together. The Notes consists of three respected and well travelled SA Musicians : Mr Herbie Tsoaeli on Double Bass, Mr Sydney Mnisi on Tenor Saxophone and Mr Feya Faku on Trumpet and Flugel Horn… these 3 Legends are the main leaders of the concept and they will be joined by two young and talented Musicians who are Leaders in their own right : Afrika Mkhize on Piano and Ayanda Sikade on Drums. The Unit will be playing the compositions from each musician’s Song Book as well as South African Jazz Standards, from Mankunku Ngozi, the Blue Notes, The Soul Jazzmen, Zim Ngqawana, Abdullah Ibrahim etc….