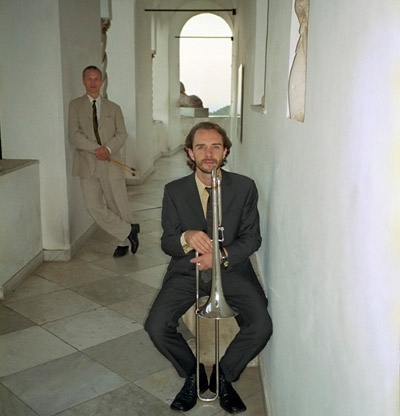 Axelsson & Nilsson Duo started performing together in 1990 with a concert at the Gothenburg Concert Hall with a performence of “Earth” by the English composer Richard Barrett. Since then the duo has developed on their own a unique repertoire written directly for them through commissions and collaborations with composers. In the concert programmes you can find a great sensibility in their choice of repertoire; a concert with the Axelsson & Nilsson Duo is always well thought out and is characterized by a strong overall impression.

The duo works on a regular basis and their concert activity includes tours all over Europe, USA and Russia. They have been invited to international festivals such as “Darmstadt Ferienkurse für Neue Musik”, “Alternativa” in Moscow, “Formlos” in Leipzig, “Time of Music” in Viitasaari, “Beyond 440 herz” in Los Angeles, “Spazio Musica” in Cagliari and “Two days & nights” in Odessa. Except the recordings for radio and TV in Sweden and abroad, the Axelsson & Nilsson Duo has also done several recordings with different record labels. In 1997 they released a CD with Swedish duos written especially for them.