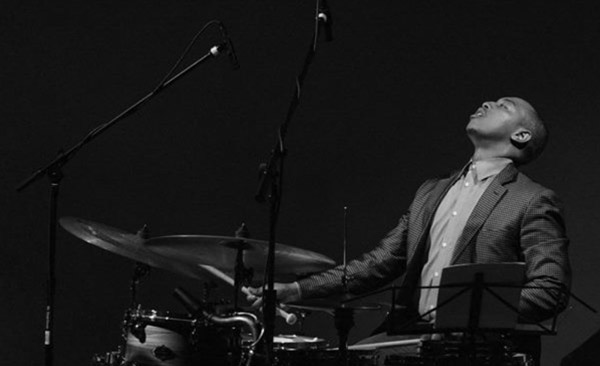 Sphelelo Mazibuko was born in Newcastle, Northern region of KwaZulu Natal in South Africa. He was born into a family with generations of musical tradition. With his Grandmother being a singer, his father a singer & guitarist and his siblings also musicians, the musical heritage became second nature to Sphelelo & he was inevitably destined to respond to the passion of music in a big way.

At the age of 14 he began to learn playing Drums unsupervised, mainly in church. His hunger for growth in music led him to pursue formal studies towards a BA in Music and Media studies at the University of KwaZulu-Natal in 2009 and he graduated in 2013.

To date, Sphelelo Mazibuko has performed and/or recorded as a Drummer with many accomplished & respected South African Artists, covering many musical genre such as Jazz, Gospel, R&B, Afro Pop, Pop, etc. This varied exposure gave him a broader, versatile and deeper experience towards becoming a Session Musician.

Mazibuko’s freelance work has taken him to all corners of South Africa as well as to Virginia in the USA. Some of the events he has performed at include the annual MTN Hazelmere Dam Jazz Festival, Macufe Music Festival, Durban Jazz Festival,
Ugu Jazz Festival, Lejweleputswa Festival, Soweto Theatre Birthday Celebration, to name a few.

In addition to being a live & studio Drummer, Sphelelo Mazibuko also works as a Studio Engineer, a Drum Technician and a Music Educator. He is an SonorSA Drums Endorsee. Sphelelo is a member of a progressive musical Trio – Africa Plus. He also runs a Production Company – Mplatinum who offer Audio Visual solutions.