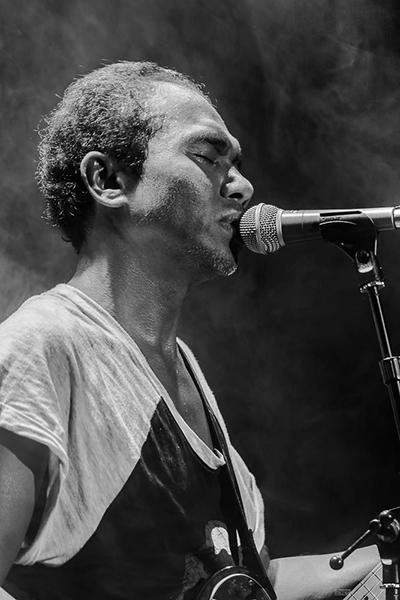 The son of a teacher and composer, Silo started playing piano and guitar at the age of 8, growing up with a fusion of pop, jazz and funk. He has been performing since the age of 11 and has pushed the forefront of jazz practice in Madagascar for over 20 years, releasing three albums and producing thousands of new compositions. He has worked with jazz stalwarts Linley Marthe, Omar Sosa, Nicolas Folmer, Paco Sery and Stephan Eicher and has toured and played at festivals in over 20 countries including the United States, France, Reunion, Cuba and Switzerland and regularly tours Madagascar through the Madjazzcar Festival and the Libertalia Music Festival. His fusion of jazz and traditional Malagasy rhythms with synth and song writing has produced many collaborations with musicians of different styles and back rounds. He has been collaborating and performing with young drummer Naree Sam for three years, and is releasing an album with Sam in 2017.