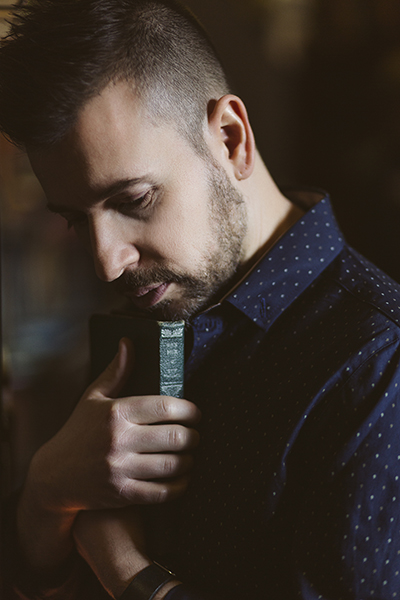 Since his last, self-imposed, sabbatical that ended in 2013 RJ Benjamin’s creative and collaborative world has quite simply exploded!

Armed with The Fifth Story, RJ Benjamin’s latest 13-track studio album, the award-winning composer, songwriter, producer, musical director and teacher continues to blend a rich brew of soul, pop, hip-hop, funk and jazz into songs filled with reflective storytelling and tailor-made grooves, all produced by RJ himself. “It’s a good mix of happy and reflective songs,” he unpacks. “Each mood punctuates the next in stark contrast.”

The Fifth Story arrives with last year’s smash hit single “Dali Wami”, featuring Wanda Baloyi. Better still it also includes his 2017 reworking of “Never Give Up”, and “All Tied Up” (featuring Emtee). A collection of songs that usher in the familiar, while introducing the reimagined and refined.

In 2002, televison personality Caz Abrahams accompanied Big Brother SA season 1 contestant Irvan (Swirve) Damon to a singing lesson he had booked with RJ. Soon after this chance encounter, Abrahams signed RJ to his independent label ‘One Up Music’ and supported the recording of RJ’s first three-song demo. Two of these songs would eventually end up on his first album, namely the title track “Who I Am” and “C U In My Dreams”, which became RJ’s first radio single. Abrahams entered into a joint venture with independent label ‘Ghetto Ruff’ who went on to release RJ’s debut album Who I Am in 2004, shortly after RJ had featured as the vocal coach on the music reality show Project Fame.

The critically acclaimed Who I Am featured collaborations with Tamara Dey, Amu, Ishmael and Pitch Black Afro. RJ wrote & produced the majority of the album, while 37mph, Bongani Fassie & Craig Massive lent their skills as collaborating producers. The album gained a nomination for Best Adult Contemporary at 2005 SAMA Awards.

His 2008 release, Swimming In The Soul Of Music, represented a more sophisticated artist, and showed off the hard work he’d poured into his craft. It went on to win a Metro FM award for Best R&B Album in the same year. Zubz, Nothende, Slikour, Dan Patlanksy and HHP all added their chemistry to an already powerful base of brilliance.

In 2009 RJ released Change The World with Soul Candi. An instant hit and an anthem on radio stations and dance floors all over the South Africa, the track received both a Channel O and SAMA nomination for Best Dance Video and Song of the Year respectively.

Following the huge success of “Change the World”, RJ released the album House Bound in 2010. The album showcased his vocal and song-writing skills in the House music genre which, ultimately, returned him to his RnB and soul roots when he released “soulified” versions of the same tracks on the album Inside shortly after . Inside is a reminder to people of his artistic versatility. In RJ’s words, “I’ve taken thirteen house tracks that I’ve sung on over the past five years and re-interpreted them in unexpected ways.” The album features collaborations with Dr Duda, DJ Clock, Danny K and Who I Am collaborator 37MPH.

The 5th Story EP, released in 2015, was the teasing precursor to today’s complete album reveal. The EP featured five tracks – “So High” featuring Can Skylark, “Nobody Else”, “Only Ever Loved You” featuring Ziyon, “Never Give Up” and “All Falls Down” featuring Proverb.

The newly-released, complete album The 5th Story showcases the fact that RJ has sincerely arrived at a new and exciting stage in his career, and further cements his legacy on the South African music landscape.