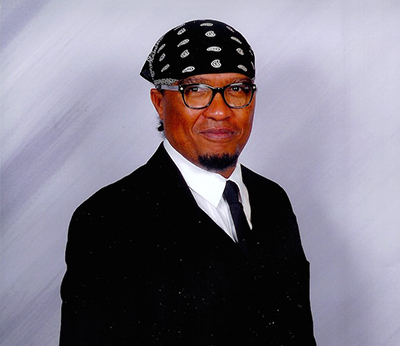 Rashid came to Los Angeles from his native South Africa in1994 with scholarships to the University of Southern California and the Musicians’ Institute in Hollywood. A year later he was invited by Lebo M to be the Musical Director for the launch of the Lion King album “Rhythm of the Pridelands”, featuring musicians from the bands of Stevie Wonder, Madonna, Adam of the Ants and Yanni. He received the award for Best Arrangement from the American Society of Music Arrangers and Composers (ASMAC) for “Infant Eyes”by Wayne Shorter, and was nominated Best World Music Artist as part of the Prince Ayengo Band, by the Los Angeles Music Awards.

Rashid is well-known in South Africa not only for his musical accomplishments, but also for his political activism in the fight against Apartheid. In 1992 he together with Victor Ntoni, Ray Phiri and Jennifer Fergusson were commissioned to write “The People Want Mandela”, a song celebrating Nelson Mandela’s release from prison, and was personally honored, with 11 others, at a press conference following Mandela’s release. He has spoken at the United Nations on behalf of South African musicians, and has served as Vice-President of the South African Musicians’ Alliance. While in South Africa his band, The Rashid Lanie Trio, performs regularly at music festivals and on South African television. He is especially honored to have performed for the Dalai Lama at the 1999 Sacred Music Festival in Los Angeles.

To date, Rashid has released four CD’s of original music. As well as scored music for numerous Film/TV projects, including “Kalushi – The Story Of Solomon Mahlangu”. Which has garnered awards all over the world including two for Rashid. The SAFTA(South African Film and Television Award) as well as the BRICS award for Best song/music in a Film in 2017.