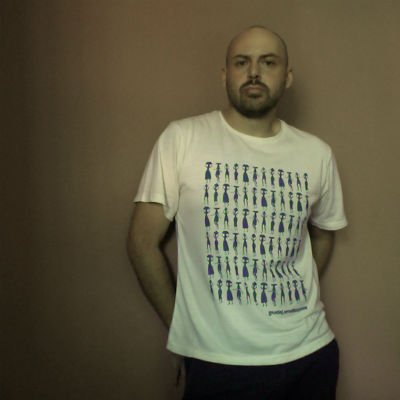 QB Smith aka Warm Days aka Sun Doe is a UK music producer, DJ, and educator who has produced  aproximately fifty records so far. Known more widely for his electronic music contributions, QB will tell you this was always jazz pretending to be house, where his favourites from his own catalogue are the Alice Coltrane and Albert Ayler covers. Nowadays QB is in the shed, honing an electronic instrumentalist practice, seamlessly blending traditional music instrumentalism with studio production and DJ techniques

As Sun Doe, with Yonela Mnana, the duo have created an inevitably warm fusion of soul, jazz, african, latin, broken beat, with notions of science fiction and philosophy, and a leftist agenda of peace and equality. When expanded into full band, the duo assemble additional vocals, strings, wind, and of course rhythm section, to create Sun Doe’s Magic Ritual, a musical equivalent to a Satya variety box of incense – meditative yet spicy goings on, and by a very long way, QB’s most well-developed expression so far of the producer migrating from studio to stage paradigm.

As a teenager and into his early twenties, QB DJ’ed throughout the 1990s and beyond right to the present day. In those early days he studied for a never completed BTech in Pop Music, while assembling home studio, and making the occasional record.

After graduating in 2004 with a degree in Sound Design, QB began a fruitful working relationship with various London jazz musicians from the Tomorrows Warriors scene such as pianist Peter Edwards, recording and releasing on a more frequent basis.

Moved from London to Johannesburg in 2012, getting to better know the people and the sounds, starting off in newcomer-friendly Maboneng, but eventually taking up residency in Diepkloof, collaborating with the likes of Andile Yenana,  Thandi Ntuli, and now of course most significantly this past two years plus with Yonela Mnana, tentatively experimenting throughout with various configurations of live jazz and electronic music, before returning to the UK as 2016 drew to a close.