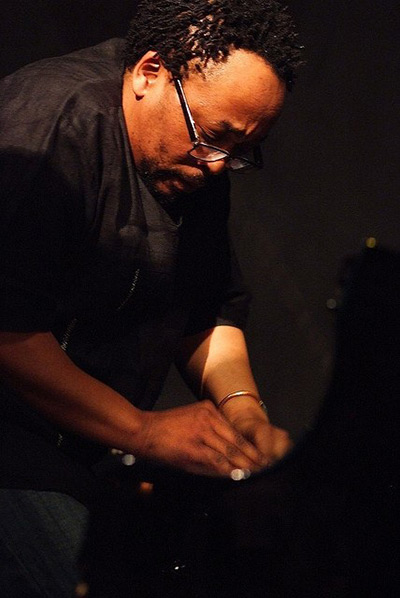 Pule Pheto, Master Pianist and Composer, was born in Soweto in 1966. At the age of 12, he went into exile to London with his parents. At that age music was already flowing through his veins as a young drummer. He went on to graduate with a Bmus in Piano from Goldsmith College-University of London. Pule has since become a master pianist who is highly respected in the avant and free jazz genre.

He continues to push boundaries to deliver music that sounds and igniting stories drawing from his experience in Europe and in South Africa. His music career has seen him release 6 records under the Ogun Record Label. He was part of the Viva la Black and Return2Roots units. Besides performing at esteemed jazz festivals in over seven countries where he shared the stage with the likes of Louis Moholo, Evan Parker, Barry Guy, Gibo Pheto, Thebe Lipere, Mogauwane Mahloele, Lefifi Tladi, Ntshuks Bonga, Lester Bowie, Claude Deppa, Francine Luce and Sonke, Pule has gone gold and platinum through composing and writing award winning music for Beverly Knight, Erika Badu. Incredibly versatile and creative, Pule is so deeply knowledgeable about traditional music and culture of Azania, he often explores new territories.