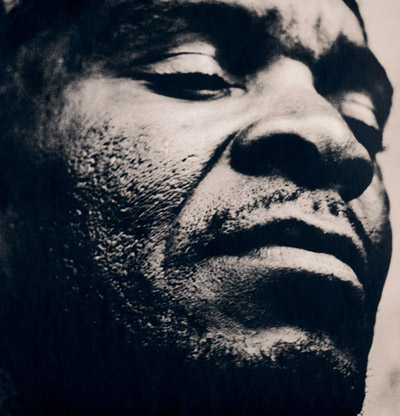 Born in 1949 in Bemoni in South Africa, Ismail Mohamed-Jan – better known as Pops Mohamed – may be South Africa’s most versatile musician. He first played the guitar and keyboard then turned to traditional music from various lands, especially South Africa. He plays ancient instruments like the thumb piano, kora and didgeridoo but also experiments with the newest technology, always in the service of music.

Pops Mohamed owes his artistic openness to his childhood in an Indian community near Johannesburg as also to his mongrel background, since his father was a half-Indian, half-Portuguese Muslim, and his mother half Xhosa, half Khoisan. His nickname Pops dates back to his childhood enthusiasm for the comic seaman Popeye.

Before turning to traditional sounds, he played the keyboard with eminent jazz musicians live and in the studio. The end of apartheid was for many of his colleagues a personal relief and a professional setback, since the public then rushed to hear pop-stars streaming in from abroad instead of their own musicians. Pops Mohamed countered by launching himself on an international career, which has since led to many tours. At the same time he took more interest in traditional music from all over the world. Fearing that it would vanish in the wake of techno, he wished to have it not only recorded but also suffused with modern sounds and rhythms to appeal to a wider audience. As he put it: ‘If people don´t understand where they come from, there is a hole in the soul.’

The most successful result has been the album How Far Have We Come, the first product of his long-lasting connection to a Khoisan (bushman) group in the east of Namibia. In the Kalahari waste he made recordings which he then processed with a computer and supplemented with tracks made by studio musicians in Johannesburg and London. In a similar project with the singer Samia from Bangladesh he accompanied old Bengali songs with not only traditional instruments but also keyboards and a drum-computer. He has produced other records with such various colleagues as the trumpeter Bruce Cassidy, formerly with the band Blood, Sweat & Tears, and the London Sound Collective.

On his world tours, Pops Mohamed often appears as a duo with the Jamaican singer and multi-instrumentalist Zena Edwards from London but also with other musicians such as his friends from the Kalahari. One looks forward to this unusual musician’s new projects.