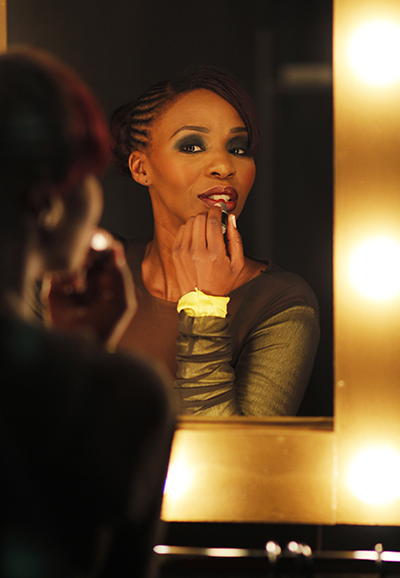 In 2005 when Pebbles released her debut album Playful Soul she gave South Africa an entirely new dimension to R&B music, with a style unique to herself. Two SAMA nominations later (for Best Female and Best R&B), you’d still be hard pressed to find a similar singing voice and manner in the industry.

In 2011, the Port Elizabeth born, UK-raised singer was determined as ever to push her own envelope with the release of her sophomore album named Phenomenal for this reason. Overseen by the renowned production ensemble Jazzworks, Pebbles not only expanded on her song-writing abilities but even dabbled in some production and justifies, “I think as an artist you always try to push yourself to do what you haven’t done before. I don’t play any musical instruments so the next best thing for me was to make beats.”

The overall result was a set that can be placed somewhere in between the sophistication of Anita Baker and the earnestness of Amy Winehouse, both of whom are influences as are Sarah Vaughn, Ella Fitzgerald, Nina Simone, George Michael, Michael Jackson, & Frank Sinatra.

Yet everything about the album is very much her own: The Bond-esque concept as carried by the big band intro Over is her idea. The album itself, a labour of love she self-financed entirely by taking on a 9-5 job in advertising, and a mark of her commitment to a career she has chosen above all else: “It took me a while to realize that if I chose not to take this business of music seriously, give it my all and make it my primary hustle, I’d be doing myself a huge disservice.

Phenomenal’s title track features appearances from long time collaborator Zubz (Destiny, All My Life), and R&B new comer Nothende. Elsewhere on the album, co-writing Cry for Me and Should’ve Walked Away enters another heavyweight RJ Benjamin, a maestro and a rare producers/artist in what is still a very niche music genre in SA. In fact, working with SA’s music greats is something of a mainstay in Pebbles’ career by now. Tumi and The Volume’s 76 and People of the Light – from the seminal 2004 Live at the Bassline album – are considered classics not least because of Pebbles vocal contribution. Tumi, who wrote (The Way of Want on Playful soul),
features Pebbles on his album Whole Worlds.

In addition to her solo efforts Pebbles was front lady for the now disbanded Joburg-based pop rock band Newtown, a platform where she experimented organically with different live musical directions and enjoyed the opportunity to unleash her inner rock chick.

This is how, coupled with a slew of appearances on high profile compilation albums, with just one solo album prior to Phenomenal in tow, Pebbles has stayed firmly on the radar. She was also part of Channel O’s 2008 Young Gifted & Black campaign, a pan-African collaboration where she recorded a remake of Nina Simone’s song of the same name.

Now in 2017, Pebbles is set to release her third solo offering entitled Indigo Child. An eclectic mix of Alternative R&B, Soul with spatterings of Jazz. As the album title indicates, Pebbles explores themes of spirituality, parenthood and of course love.

Fans will be delighted that the wait for the return of this Indigo Child is finally over.