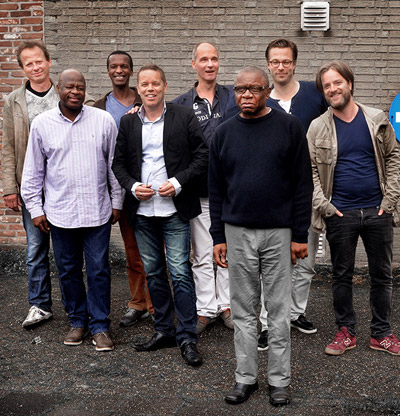 History :
He studied at the conservatories in Tilburg and Amsterdam and started in cabarets and nightclubs. Did play in a lot of national- and international bands such as Podium Trio, Contraband, Vaalbleek,
the Berlin Contemporary Jazz orchestra (Ed Thigpen, Kenny Wheeler, Benny Bailey),the Surinam Music Ensemble, his Dutch quintet and many other bands.

Awards :
He has been presented with several awards such as the Dutch ouvre award the ‘Boy Edgar Prijs’ and received in 2007 a Royal decoration.

Cd’s:
Van Kemenade recorded over 55 cd’s and lp’s. His cd ‘Close enough’ has been rewarded as one of best cd’s 2011 in the category ‘masterpieces’ (five stars) by the American magazine Downbeat.