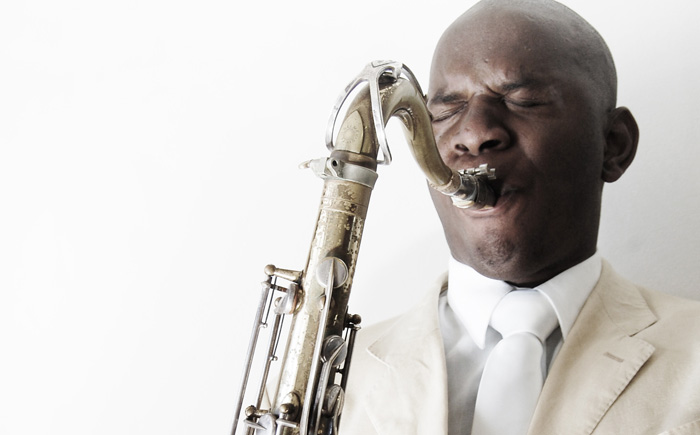 Orlando Venhereque is a musician, saxophonist, flutist, composer and educator, born and raised in Mozambique. He began his musical career playing the clarinet in 1991 at the National Music School in Maputo, where he studied classical music.

After four years at the National School of Music, he embarked on several workshops and private lessons with local and international jazz musicians. In 1997, Venhereque added saxophones and flute to his list of instruments.

Venhereque has performed with jazz musicians from Mozambique, South Africa, Europe and Americas. Over the years, he acquired knowledge in jazz and improvisation. From 2004 to 2006, Venhereque moved to the Middle East, United Arab Emirates, to work at some local Jazz clubs with bands from Europe and South Africa.

In 2007, Venhereque moved to Cape Town. Once established in Cape Town, Venhereque worked with several local bands and participated in various Jazz festivals (Cape Town International Jazz Festival 2008, Mozambique International Jazz Festival 2008, Standard Bank Joy of Jazz 2009, Luanda Jazz Festival 2009 to name but few ).
In 2009, he was invited to teach African Jazz in Denmark, Copenhagen (Rhythmic Music Conservatory). His other accomplishments are concerts in Sweden and Denmark (With Banda De Maputo Project).
2010-2011, Orlando Venhereque produced and recorded his debut album titled “HEALING AFRICA”. This album was officially launched at the Cape Town International Jazz Festival 2011. HEALING AFRICA was recorded in Cape Town and it is a mixture of rhythms from Mozambique and contemporaneous Jazz influences.
In 2012, Venhereque moved to Johannesburg where he has been working on various projects with local musicians and his own jazz quartet (Orlando Venhereque Quartet). Since 2014 Venhereque is promoting and selling his debut album in the Southern African countries together with performances at live concerts.