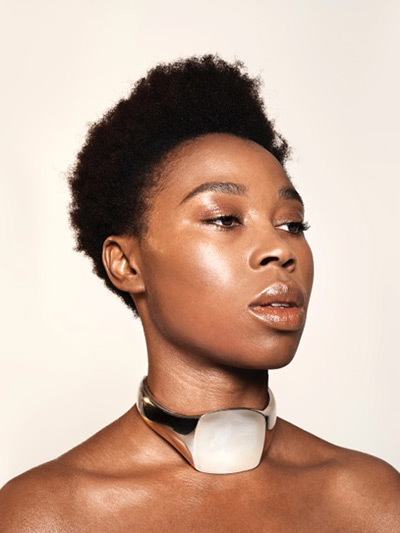 In February 2015 Dutch-Cameroonian singer-songwriter Ntjam Rosie released her self-produced, 4th studio album The One, which again features her trademark and distinctive blend of soul, jazz, gospel and Cameroonian roots. Comprising of twelve self-penned compositions The One sets a lush soundscape, breathing influences of India.Arie, Sade and Patrice Rushen. The songs are intimate and inviting. Rosie sings of all kinds of love; the romantic and the higher kind. The One has gotten raving reviews in all major magazines and newspapers.

Ntjam Rosie has performed at numerous Dutch jazz festivals (twice at the prestigious North Sea Jazz Festival) and has toured China, Korea, Eastern-Europe, Turkey, Surinam, France, Belgium and the UK. Also she has been featured on national TV and radio shows several times. The albums Elle, At the back of Beyond and The One were all nominated for a Dutch Edison Jazzism public choice award.

In the beginning of 2016 Rosie joined the Artvark Saxophone Quartet for a twenty plus tour in Dutch theatres playing their beautiful show Homelands. By public demand this unique collaboration will be getting a reprise in 2017.