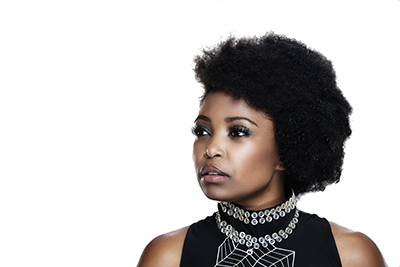 Nomfusi is a singer, songwriter and performer of Afro Soul music. She was born and raised in Port Elizabeth. She later moved to Cape Town to begin her studies at Cape Peninsula University of Technology where she studied accounting whilst working at a restaurant in Cape Town where she worked as a waitress and began her journey as a musician. She was discovered by Philip de Villiers who then became her music mentor and manager. This boosted her musical ambitions and led to her being signed by Universal Records South Africa and releasing her first debut album in 2009 called Kwazibani which churned out hit singles such as Nontsokolo. The album earned her a South African Award nomination and two Metro FM nominations for Best Female Singer and Best Album.

She also started gaining support from the international markets which set off her rise in Europe. This was the beginning of an exciting career that would open her young mind to the rest of the world. She released her second album in 2012 titled Take Me Home. This album was co-written and produced by by the legendary Ringo Madlingozi and featured singles such as Uthando Lwam, Qam Qam and Kunjalo which was on top of the charts on many local radio stations. This album also received another SAMA nomination in the category Best Adult African album. Her latest offering titled African Day has been released in Europe and is due for a release in South Africa in 2017 as the afro pop songstress prepares for her comeback.

Nomfusi has given riveting performances across Europe and Canada at prestigious festivals and last year she opened for superstar Lionel Richie at Stimmen Festival in Loerrach.  She was chosen to portray the character of Miriam Makeba in the long-awaited film about the life of Nelson Mandela, “Long Walk To Freedom.” The film, which was released in early 2014,is according to the Hollywood Reporter “be the largest South

With over 7 years in the industry and over twenty international tours under her belt, Nomfusi is undoubtedly one of South Africa’s most sought-after musicians.