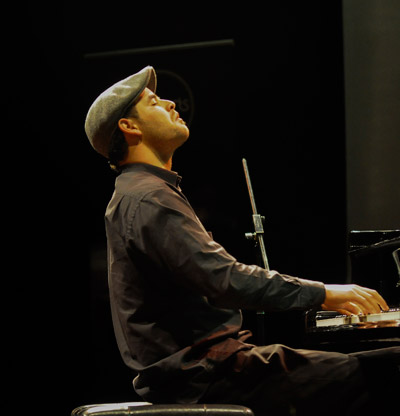 Nicholas Williams is a Pianist and composer from Cape Town, South Africa. He was mainly self-taught up until the age of 19 when he decided it was time for him to take the piano lessons. It was at this time he started attending jam sessions in search of a chance to play and met multi-instrumentalist Mark Fransman who became the biggest influence in his musical life.

He was mentored by Fransman for over a year before going to the University of Cape Town to study jazz piano from 2007-2011. In addition to Fransman’s mentorship he had the opportunity to study with Dr.Andrew Lilley and Andre Peterson. In 2013 Nicholas was awarded a scholarship in the SAMRO Piano Competition which allowed him to study with swiss pianist Nik Bärtsch (Ronin) in Zurich.

He has performed at most major jazz festivals in South Africa as well as festivals and jazz venues in Italy, Belgium, Czech Republic and Slovakia. He currently leads the Nick Williams Project as a pianist and composer.