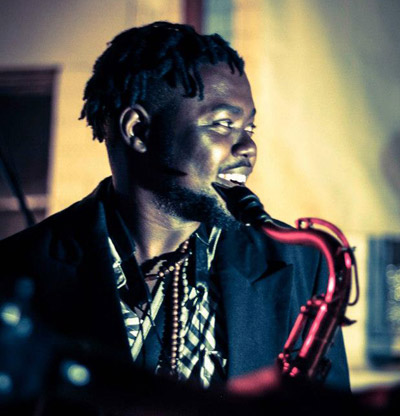 Nhlanhla Daniel Mahlangu was born May 12, 1989, in Mamelodi East of Pretoria.
His first encounter with music was in 2003 at an orphanage (SOS), where an art project was run on weekends in correspondence with the UNISA community engagement and outreach program. Mahlangu’s first exposure to jazz came through the records of Nat King Cole and the then known as Dollar Brand. By the age of 16, Mahlangu had picked up the saxophone, and almost from the moment he first he started playing, it was apparent he had a talent for it. The young musician loved to imitate the sounds of Charlie Parker and Manenberg Coetzee.

One of the earliest ensembles Mahlangu played in was a group led by Yonela Mnana, with whom he played tenor sax. Later he met and started working with Nduduzo Makhathini’s band, where the young musician began to fully explore his experimental side of modal music and recorded as a sideman.