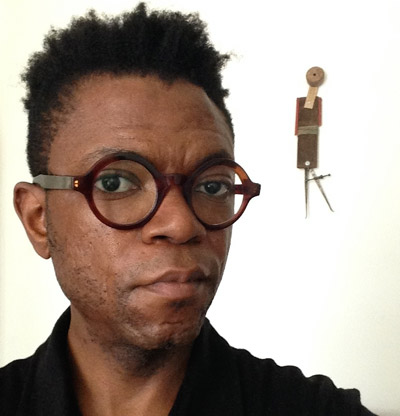 Neo Muyanga was born in soweto. He studied the italian madrigal tradition with choral maestro, piero poclen, in trieste, italy. In the mid 90’s he co-founded the acoustic pop duo, blk sonshine with masauko chipembere, garnering a following throughout southern africa and internationally.

Neo writes music plays, chorus songs and has a variety of works for chamber and large ensemble (his operetta, “the flower of shembe”, premiered to critical acclaim in 2012). He continues to tour widely both as a solo performer and in various band guises. Neo co-founded the pan african space station in 2008 with chimurenga’s publishing editor, ntone edjabe, as a continually evolving host of cutting-edge pan african music and sound art on the internet and across stages in cape town and other parts of the globe.