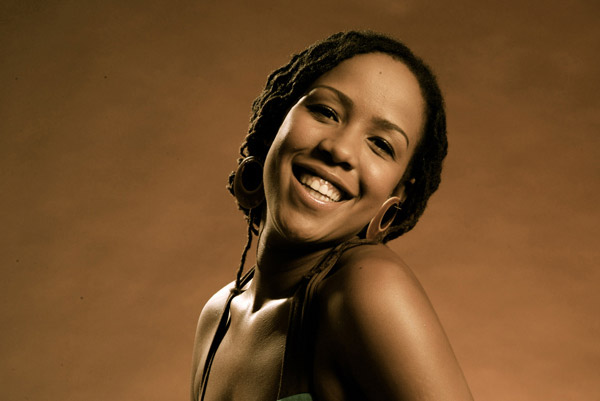 Naima is a talented South African entrepreneur, poet, vocalist and actress.
Naima has earned a degree in performing arts and gender studies from the University of Cape Town, She has performed, acted and sang in South Africa and Europe. She has acted in productions by internationally renowned South African directors, but was most recently cast in the all star production “The Coloured Musem” directed by James Ngcobo.

As a vocalist Naima infuses soul, spoken word, hip hop and pop among other genres to create a distinct style she calls “Urban Soul”. She recorded a debut album – Things I Wish – musically directed by RJ Benjamin and debuted it at the Cape Town Jazz festival. As she continued to perform and grow her musical career, her highlights have been to open for International renowned RnB singer Joe Thomas on his tour to South Africa as well as performing for 50 000 people at the Nelson Mandela Sports and Cultural Day at Soccer City stadium in 2013.

Naima’s performances as poet include a tour facilitated by the British Council – Verbalized and various corporate events. She’s also performed at Urban Voices International. She is a member of the African Leadership Network and through her work as a social activist, her passion for transformation has earned her the title of “Global Youth Leader” by an international organization and publication – “Youth Leader”

Naima’s star power saw her being selected by Levi’s Strauss SA to represent one of the 4 faces of their Believe – Curve ID campaign Aligned to Levi’s® brand values of courage, integrity, authenticity & empathy; and a representative of 1 of the 4 distinct body shapes that characterize the new fits. The Bold Curve. This songstress, poet & actress is the face of the Levi’s® Bold Curve. As part of 4 dynamic Divas that not only feature in the local advertising campaign, Naima also worked closely with the Levi’s® team on the brand’s longstanding HIV/AIDS initiative, Levi’s® Red for Life. In a series of events that were held around the country, the 4 Divas hosted live gigs followed by interactive discussion groups focusing on the topic of life & love in the time of HIV and AIDS.

Naima will be releasing her next album to market in 2014. The album features the likes of SA’s new Hip Hop phenomenon AKA (multi SAMA award winner), Reason, Ameen Harron (best known for international hit Peter Parker Swag) and Nigeria’s Ice Prince (recently nominated for a BET Award). It is a collection of urban anthemic tracks with a pan-african flavour and appeal. Watch this space.