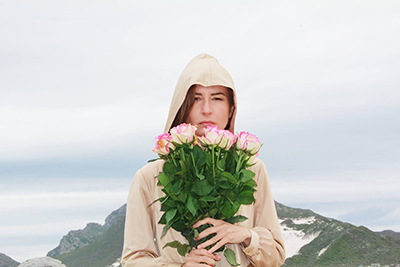 Muriel was born in Buenos Aires, Argentina, and moved to Misiones province (border with Brasil) at an early age.

She studied music at the National Conservatory of Music from 11 years old.

At 19 year of age Muriel embarked on a journey from Argentina to South Africa to study English where she automatically fell in love with Southern African music styles.

Her passion to explore African Ethnic music made her decide to study at the University of Cape Town where she completed her BMus degree in composition and arrangement with distinction in Ethnomusicology.

During her time at the University she travelled extensively Southern Africa experiencing the traditional and neo traditional local music scene.

After finishing her studies she became active in the music Industry as a free lance keyboardist, bandleader, composer and arranger.

Muriel’s versatility and love for diverse music genres has broaden her horizon to the extent to be the co-founder of several projects and bands of contrasting music styles.

As a keyboardist she is comfortable performing Latin music, Jazz, World fusion, African music and Pop.

She also toured Abu Dhabi with Blaze band and Italy with Tucan Tucan.

Muriel is a prolific composer who writes and arranges for artists of diverse genres and composes for TV and film.

Muriel, together with Ghalik Jacobs, scored the music of Confessions of a Gambler, a movie premiered in Dubai, USA and South African in 2008. The music for this film won the SAFTA Golden Horn Award for best music composition.

Songs Milele and You can be what you want were included in Gier, Glamour and Glory German movie broadcast on the European network.

In 2009 she collaborated in the arrangements and production of Sange’s debut album”Xola” and in 2010 Muriel wrote the string arrangement for Saudiq Khan’s new album “Madiah”.

Muriel’s compositions are being used in numerous TV programs such as Generations, Ispani, Making moves, My world, Now or never, Future leaders, Made in SA, 100% youth to mention a few.