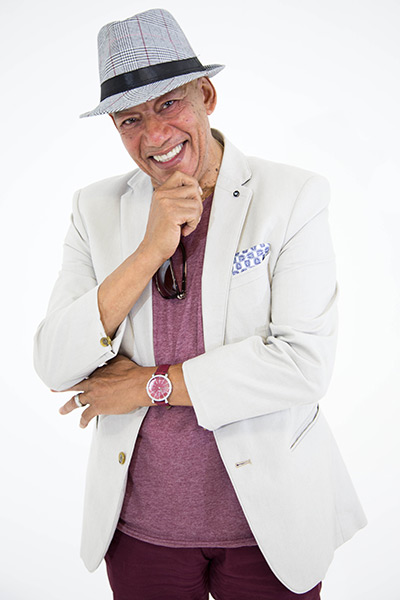 Leaving his homeland of South Africa in 1981, Mervin settled in the U.K. searching out work in the bands of fellow exiles such as trumpeter Hugh Masekela, percussionist Julian Bahula and saxophonist Dudu Pukwana.

With drummer Brian Abrahams and Russel Herman he was a co-founder of the Afro/jazz group District Six, touring and recording two albums before finally leaving the group in 1987.

Subsequently he toured as a pianist with the singer Carmel, contributing compositions and arrangements to her album ‘Set Me Free’.

Mervin Africa has established a strong reputation both as a solo performer and band leader. His quartet as heard on the album ‘Mellow Mayhem’, blends the natural combination of African township music and jazz.

In 1990 he composed and performed a concerto commission by the Greater London Arts Council. Africa’s musical talents have extended into composing music for TV documentaries, drama and film. His many collaborations with other artists such as Courtney Pine and David Jean Baptiste has led to a great demand for both his group and solo performances.

Africa creates sumptuous piano improvisation and composition drawing from his rich cultural and musical background.He draws on influences ranging from classics or carnival songs through township jazz to a Malay musical musical heritage.

His performance style,in which songs or storytelling might enter a concert just as naturally as a host of musical directions,leaves the audience in no doubt about his dynamic, direct approach.