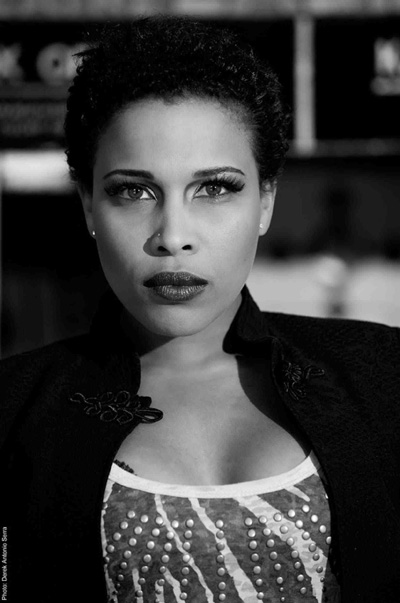 Melanie Scholtz is a South African born, award winning jazz singer and composer. Playing piano since the age of 5, she went on to study classical singing at the Eoan Group before completing an Opera Diploma Cum Laude at the University of Cape Town in 2000. Melanie has released 5 albums under her own name thus far as well as collaborating with many South African and international jazz artists.  In 2012, Melanie won all three prizes in the prestigious Jazz Revelations competition as part of the Jazz a Juan Festival held in Nice, France. She was invited to be part of the festival programme in 2013.  Melanie tours regularly to the Czech Republic and has also performed in Norway, France, Germany,Slovakia, Holland, Morocco, Portugal and Spain.

She has been involved in the National Arts Festival in Grahamstown for the past 6 years as a performer and teacher as well as with the Artscape Youth Jazz programme since 2006. Melanie has also lectured at the University of Cape Town from 2004-2005. In 2010, Melanie was named the Standard Bank Young Artist for jazz and continues to be involved in upcoming projects and recordings involving other Young Artist Award recipients.

She has also shared an impromptu duet with Bobby McFerrin during his show at Anjazz jazz festival in May 2011 and was also invited as part of the Joy of Jazz festival in Aug 2012, to guest with Kurt Elling.  In 2013, Melanie launched Freedom’s child. Freedom’s child is a collaborative project with iconic poet James Matthews marrying poetry and jazz. Also in 2013, Melanie released her full length solo offering, produced by Bokani Dyer called “Our Time”.  The release of her two latest recordings was followed by a very successful Christmas tour to the Czech Republic in Dec 2013.  It has been said about Melanie Scholtz’s music that it is like a ‘best friend’ and listeners are always inspired by her musical honesty. This South African artist will continue to captivate listeners with her original and unique sound.