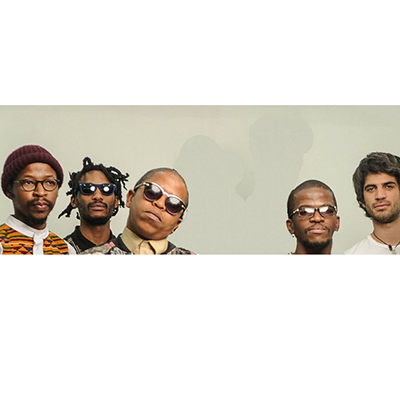 Manjik is a grammatical misconfiguration for the word magic – a colloquial term used by black South Africans to speak of the majestic, the beyond, a space where mysticism is not associated with fear.

Expect the thunderous and poetic rhythms of Tumi Mogorosi’s rolling drums, next to the Makhene percussive legacy in the form of the youngest of the Makhenes in Gontse Makhene. The rhythm section is held together by African-Argentinian Ariel Zamonsky, with the remaining members being the prolific Mthunzi Mvubu, and the hypnotic vocals of the Brother Moves On frontman Siyabonga Mthembu.M