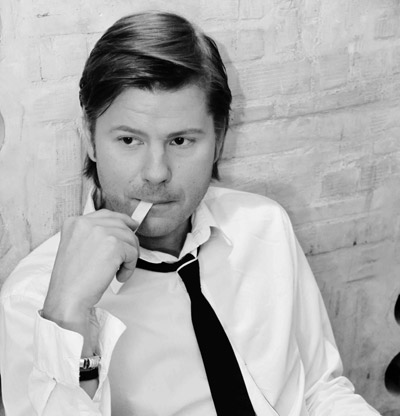 Magnus Lindgren is a Swedish jazz artist known for his work as a saxophonist, clarinetist, flutist, composer and arranger. After graduating from the Royal Collage of Music, Magnus won the prize “Jazz in Sweden” for 1999, which resulted in a record and a tour with his new jazz quartet, two trumpets, french horn and trombone. It was during this period that Magnus achieved his Swedish breakthrough.

In 2001 he released his big band album Paradise Open, featuring the hottest young jazz musicians of the time. Paradise Open received a number of prizes including a Swedish Grammis and a Golden Disc. Two years later, in 2003, he released a quartet album and started to work together with the world renowned soprano Barbara Hendricks. As they performed together around the world, Magnus’ interest in classical music and its crossover with jazz grew.

In 2003 the Nobel Foundation commissioned Magnus to write three pieces to be performed by him during the Nobel Banquet. This was the first time jazz was showcased in that environment, and it was broadcast to millions of viewers.

In 2004 he formed the Blue House Jazz Orchestra with trumpet player Peter Asplund. Under the umbrella of this jazz series performed in the Stockholm Concert Hall. They do two exclusive, unique concerts each year featuring a different artist(s) for each project.

With the album Batucada Jazz (2009) Magnus achieved his international breakthrough. Magnus has had considerable collaboration over the years with Nils Landgren.

During the spring of 2012 they did the project “Folk Notes, Tunes and Jazz” togehter with Bohuslän Big Band and Wermland Operas Orchestra, for which Magnus arranged the music, conducted both orchestras, and performed as a soloist.
Magnus arranged the music to the Berliner Philharmoniker and their celebration of the Chamber Music Hall, in October 2012 and he is artist in residence for Vara Concert Hall 2013 – 2014.

During the spring season 2014 Magnus Lindgren presented newly written music which was given the name Nordic Big Band Inferno (a suite for big band, harp and lightning) and in October 2014 Magnus will travel to Japan for a tour with the male-voice choir Orphei Drängar. Among others, he has worked with Herbie Hancock, James Ingram, Gregory Porter, Till Brönner, Nicola Conte, Marie Fredriksson, Ivan Lins and Barbara Hendricks.