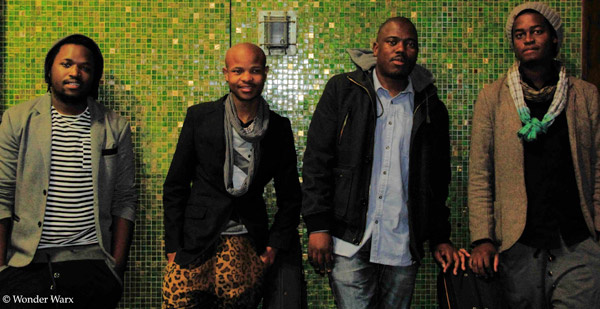 In music circles Luyanda Madope needs no introduction. His trajectory has been well documented. Pianist, producer and session musician, Madope brings with him a treasure trove of accolades. Asanda Bum’s critically acclaimed Afro-Soul album “Fragile” is a true testament of Madope’s arsenal. Anybody that has listened to that album will attest to its solidity. The young producer also lent his Midas touch to Judith Sephuma’s “I Am I a Living Testimony” album. The aforementioned projects established Madope as a formidable force in the music industry.

Madope’s production on Jazz legend McCoy Mrubata’s project “Braaskaap Sessions Volume 2” serves to do away with any inclination to compartmentalize him in a particular genre following the good reception his work with Asanda Bam enjoyed. The album sees the young producer venture into traditional jazz compositions. This should not be too much of a surprise to anyone who has heard Madope’s co- production on guitarist Kunle Ayo’s album “Best of Both Worlds”.
A graduate of FUBA, Madope’s resume includes working with international artists such as Gerald Albright, Billy Ocean, Ken Philmore and Soweto Kinch. Of course locally Madope has played with virtually everybody, the late Victor Ntoni, Vusi Khumalo, Ringo Madlingozi, Selealo Selota, Kabomo, Sphokazi RJ Benjamin, Mbuso Khoza, Wanda Baloyi, Hlubi Twiin to name but a few.

Madope is known for his animated nature on stage. Bobbing his head about and moving to and fro to the music coming from his instrument, much to the delight of the audience. He is very much part of the show as main artist is.
Unsurprisingly, Madope also has theatre work under his belt. The young producer took part in theatre productions by Don Kinch, Vusi Kunene, Aubrey Sekgabi to name but a few.

Musicians of the calibre of Luyanda Madope are a constant reassurance that South African music is in good hands.