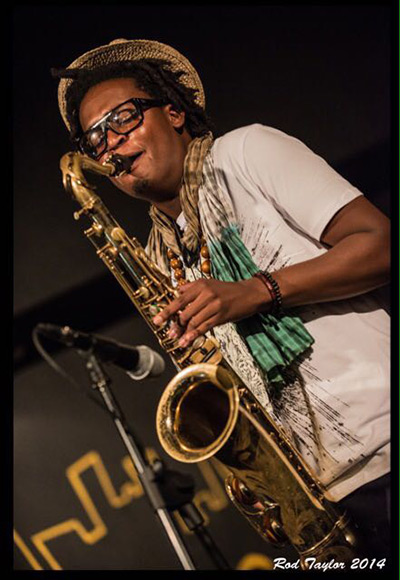 Linda Sikhakhane is a young South African born Saxophonist and Composer, he was born in Umlazi township, Durban. His first musical instrument was the recorder which he played at Clairwood Primary School and his love for jazz was triggered at an early age and this saw him attending music classes under the tutelage of the Legendary Dr Brian Thusi and Mr Khulekani Bhengu. At a later stage he then enrolled to study Music at the UKZN (Howard College) where he obtained his Diploma in Jazz/Pop Music in 2012.

Sikhakhane has played with many respected South African Artists and also shared the stage with many international artists such as Gregory Potter, Sly & Robbie , Brian Thusi, Jerry Kunene, Andile Yenana, Marcus Wyatt, Philani Ngidi, Sazi Dlamini, Feya Faku, McCoy Mrubata, Afrika Mkhize, Herbie Tsoaeli, Nduduzo Makhathini and many more. He has also been involved in many projects as a mentor and teacher of music to young pupils nurturing their talents. While still at UKZN his talent also saw him being offered bursaries from SAMRO, the National Arts Council and the Leeds Youth Big Band.
He is now based in Johannesburg and currently won the SAMRO overseas scholarship for instrumentalists in jazz 2016.