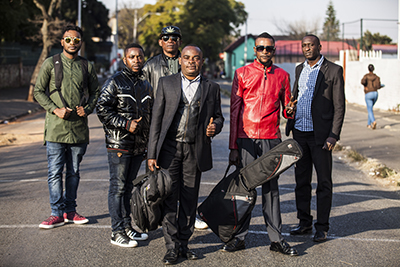 Les Fanastiques was formed in Johannesburg when guitarist Ntseka, Bienvenu, and Cacharel the vocalist met and decided to put the Congolese band.

They perform a fusion of Congolese and Latino sounds in not only French but Lingala, English, KiSwahili, and Spanish as well.

Since its formation, the band has grown, released two albums, and performed across South Africa and the continent such as Mozambique, Lesotho, Angola, Zambia, and Namibia.