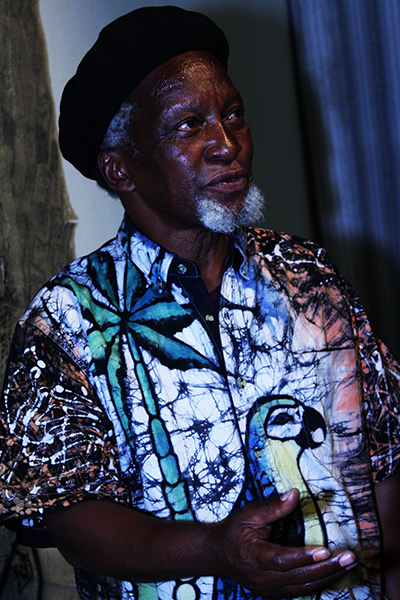 Lefifi Tladi is a South African born artist. He cofounded Dashiki in 1970, a Jazz music and poetry band. Which was very functional within the Black Consciousness Movement. He was forced into exile 1976 In Botswana by the then security police.1977 he performed in Nigeria FASTAC Festival with the likes of Dudu Pukwana,Julian Bahula, Louis Moholo, Jonas Gwangwa and many more.

In 1983 he performed at the UMIO jazz festival, this led to a release of a Cd titled TRIBUTE TO NOMAZIZI (his mother).He worked with a band dubbed the acronym DAST, Daniel-Adolfson-Skotte-Tladi, in making this masterpiece a success.

The year 1988 Tladi recorded a poetry project which he personally named Poetry for Artvanced Listeners. This was followed by a collaboration with Gilbert Mathews Brus Trio in 1990.He was also featured on a jazz album Ingoma by one of his fellow jazz men Zim Ngqawana.2002 he worked