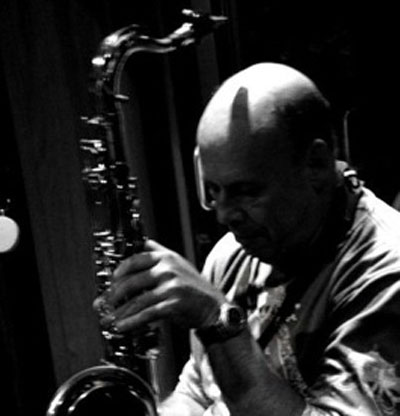 Kevin started playing music at a relatively early age and enjoyed working as a guitarist and bassist in rock bands at high school. During these years he began to show an interest in the flute and it was this instrument that became his primary focus from that point onwards. He completed a B. Mus (cum laude) at University of Port Elizabeth in 1979 and then moved to Cape Town where he joined the band Scott-Free on tenor saxophone.
During this period he also taught in a freelance capacity at the Jazz Workshop School of Music run by Merton Barrow. Musicians he worked with at this time included Winston Mankunku, Duke Makasi, Robbie Jansen, Ezra Ngcukana, Chris Schilder, Basil Moses, Sammy Hartman, Nol Klinkhamer and many others.
After a few years of freelance playing he received permanent teaching appointments at Cape Town High and Bergvliet High schools. He was then offered an audition to become a full time staff member at the Department of Performing Arts (Jazz and Popular Music) at Tshwane University of Technology, a post he still holds today.
Kevin has played on many albums as a sideman from small group work with Carlo Mombelli to big band recordings with John Davies. Musicians he has played with include Pharoah Sanders, Howard Johnson, Richie Cole, Bob Mintzer, Abdullah Ibrahim and in a master class capacity with Avishai Cohen, Helen Sung, Clay Jenkins and Thelonious Monk Junior.
Kevin has written over 500 compositions ranging from small ensemble to full orchestra and plays guitar, piano, alto, soprano and tenor saxophones, flute, alto flute and EWI.
He has also been booked to provide arrangements for shows such as “Frankly Speaking”.
He has also authored “Winston Mankunku, Tenor saxophone transcriptions”, a book of transcribed solos and analysis of Winston’s complete playing on his albums “Yakhal Inkomo” and “Spring” recorded in 1968. Davidson’s article Barney Rachabane was published in SAMUS magazine in 2013.
He has released 3 albums since 2010.
“Breathing Winston Living John” was released in 2010 and is dedicated to Winston Mankunku and John Coltrane and features Mankunku’s well known composition “Yakhal Inkomo” as well as a jazz waltz rendition of the well known South African standard “Ntyilo Ntyilo”. “Sacred Landscapes” was recorded in 2001 but was only released in 2012. With this album, Davidson recollects impressions gained from South African locales that he encountered during road trips with his father in his formative years.
“Our land, Our music” is Davidson’s latest offering and was released in May 2013. This album is a tribute featuring South African compositions such as “Meadowlands”, “Pata Pata”, “Mannenberg”, etc. These tunes are given a subjective interpretation by Davidson.