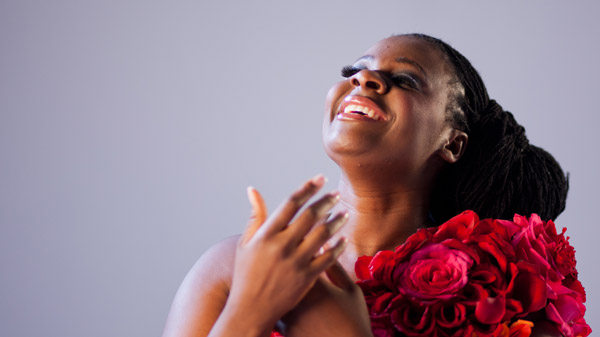 Judith Sephuma is a South African singer. She is generally known for her multiple selling jazz albums. She grew up in Seshego, Polokwane , moved to Cape Town in 1994 to study as a jazz vocalist and now resides in Johannesburg.
She graduated from the University of Cape Town in 1997 with an Honours degree in Jazz Performance.
Her much critically acclaimed, multiple-award winning debut album titled; A Cry, A Smile, A Dance was released in 2001. Judith Sephuma is a highly versatile, vocally talented artist. Evidence to that, she has collaborated on recordings with various equally highly successful music icons across various music genres. These includes the likes of Michael Bolton, Kenny G, Ringo Madlingozi, Oliver Mtukudzi; Pastor Benjamin Dube, Dj Pepsi, Kabomo, Wanda Baloyi, just to name a few.
Adding to her multiple award winning jazz studio albums and LIVE DVD & CD titled A LEGACY: Live in concert recorded at The Lyric Theatre, Johannesburg she expanded her audience and showed her versatility in 2013 by releasing well-received full gospel album titled THE EXPERIENCE: Live in concert – Double audio CD and DVD under her independent record label, Lalomba Music. This album achieved a gold status and earned her a few award nominations such as SABC Crown Gospel Awards and Metro FM Music Awards and turned her into a gospel sensation.
In 2015,Judith has released her 6th jazz studio album; titled ONE WORD recorded with a live band in Cape Town.
Click here to preview ONE WORD https://itunes.apple.com/za/album/one-word/id972083407
One Word is now available in reputable music stores nationwide and on itunes .
All her rich discography is available on itunes.
Judith Sephuma continues to perform music beyond genre categorisation for various audiences across the world and has shared the stage with a host of great musicians and orchestras across the world.