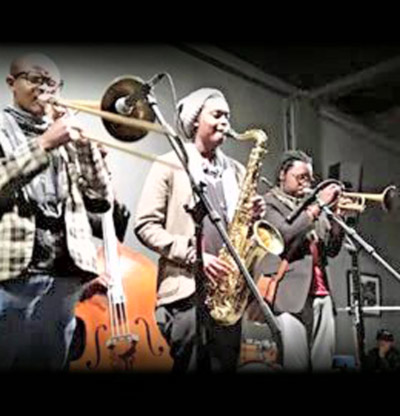 H3 is a combination of 3 young horn players who emerge from Durban, which is where they became friends. In 2013 they decided to move up to Johannesburg and formed H3 with the help of Nduduzo Makhathini, individually and as a group they’ve played with the likes of Herbie Tsoaeli, McCoy Mrubata, Hugh Masekela, Thandiswa Mazwai, Zakes Bantwini, Swazi Dlamini and many more. Forming H3 gave them the opportunity to play their own composition and songs of their masters. They are influenced by the sounds of Bra Winston Mankunku,Bheki Mseleku, Zim Ngqawana, Feya Faku, Robert Glasper, Andile Yenana and more. Their purpose of playing together is to celebrate love through sound and energy.