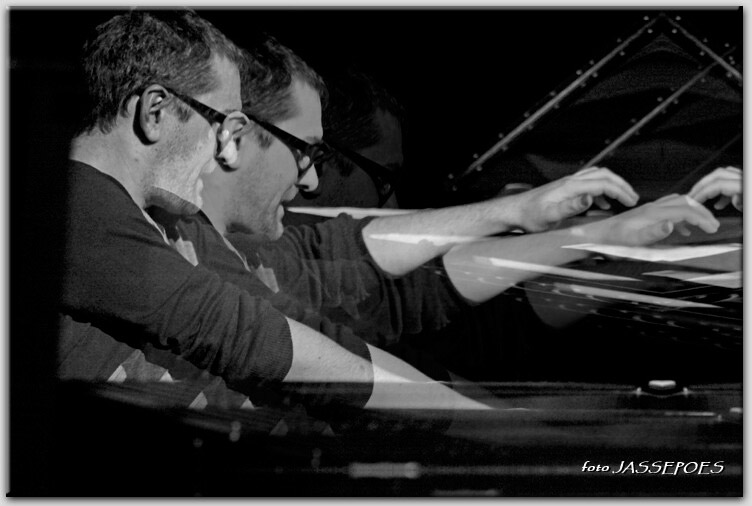 From a very young age Ewout PIERREUX started playing saxophone and piano and got a classical training in the music adademies of Halle and Gooik, where he graduated in 1996. At that point he definitively chose the piano as his main instrument and continued his studies at the Jazz Department of the Lemmensinstituut in Louvain. He was taught there by dutch piano player Ron VAN ROSSUM and graduated in 2001. Ewout followed masterclasses with a.o. Bill Carrothers, Bruce Barth, Bobo Stenson, Brad Mehldau, Kenny Werner…

At this moment he’s teaching at the Kunsthumaniora (Antwerp) and the Music Academy of St-Agatha-Berchem (Brussels). He plays piano in the quartet JAZZISFACTION and is a member of the band around great south african singer Tutu Puoane. As a leader he has his own trio (ep3) with bassist Yannick Peeters and drummer Steven Cassiers. He’s the pianist of the Tuesday Night Orchestra and plays keys in the rockproject ‘Upperlip Orchestra’. He’s very busy as a sideman in different projects like ‘Goddam! A Tribute to dr. Nina Simone’ and ‘Songbirds: a Celebration of Soulful Sistas’ and t-unit 7, the latest project of saxophone player Tom Van Dyck.

Marcus Wyatt hails from Port Elizabeth in the Eastern Cape has been playing the horn since 1983. He is part of a new generation of South African musicians – respectful of the past, yet moving forward without fear of twisting boundaries. This South African trumpet player has performed around the globe, and worked with an impressive array of musicians, from Manu Dibango, Abdullah Ibrahim and Miriam Makeba to Mulatu Astatke , Bheki Mseleku and The Stockholm Jazz Orchestra. Marcus has also performed with a number of prominent European based musicians including Jason Yarde, Louis Moholo, Sean Bergin, Eric Van der Westen, Eric Calmes , Dave O’higgins and Courtney Pine(on his set in Johannesburg). Wyatt is a 6 time SAMA nominee, and has appeared on festivals and in venues in South Africa, Mozambique, Angola, Swaziland, Zimbabwe, Lesotho, Holland, Italy, Sweden, Czech Republic, Switzerland, France, Belgium, Germany, Austria, Malaysia, Taiwan, Bolivia and India.
“Marcus is able to entertain a very fruitful conversation between a clearly South African jazz tradition, and a more international resonance, displaying his musical know-how at times in the image of Freddie Hubbard with a nod here and there to the Jazz legend Miles Davis himself. Over the years he has developed a reputation of being one of the most versatile and in demand trumpet players in South Africa. Not only is he one of the hardest working musicians, but is also an obvious and rarely gifted trumpet player. He is equally at home in any number of settings from small ensembles, trios and big bands to drum n bass, hip hop, R&B and house and round the corner to free improvisation. This combined with a warm, wide sound, has earned him the respect of both his fellow musicians and critics alike.”