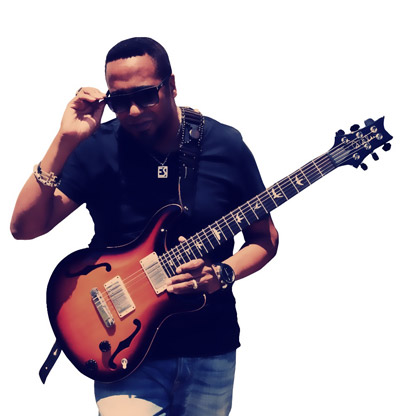 Ernie Smith has become synonymous with fine craftsmanship of quality contemporary jazz and urban music. He is possessed with the rare talent of appealing to music lovers from a wide spectrum of tastes and his unflappable work ethic has seen him remain at the top of his game for more than 12 years. Ernie, emerging from his home studio in Durban after writing and producing sabbatical, has relocated to Johannesburg where he finds a fresh energy in his newly built studio facility, Child of the Light productions Studios.

With a wealth of new material, Ernie is now finally ready to release his brand new album Time for love, not only to South African fans, but also to the American public through his recent USA signing to SAIG Entertainment in New Orleans. Ernest Kelly, owner of SAIG and a well-known name in the American jazz music scene has this to say of Ernie, “Ernie brings a unique sound to an American market looking for something new and inspiring. His sophisticated African infused contemporary style has already been warmly welcomed by many American fans.” Ernie will be supporting the US release of the album with a festival tour planned for later this year.

Propelled by the sound of South African mentors like Salif Keita, Jonathan Butler, Sandile Shange, Moses Taiwa Molelekwa and many others, coupled with his ambition to express and attract young and old to listen to thoughtful music, Ernie Smith has developed a style of playing and singing that is a seamless integration of jazz, African and R&B references.

The new album reflects all of these influences and is a wonderfully contemporary album mixing jazz, R & B and Gospel with a subtle and sophisticated African vibe. The album is going to not only be a sure fire hit amongst Ernie’s legion of die-hard fans – but will be sure to secure many new fans both in South Africa and the USA.

Ernie’s genius guitar playing is matched by his skills as a producer, not only of his own material, also but for countless other artists. Ernie’s newly created Child of the Light studio in Johannesburg is already becoming a hub for some of SA’s best musical talent from across the spectrum – jazz, R&B, Afro-pop, world music and funk. Ernie Smith was born in Wentworth Durban in March 1971. He started playing guitar at the age of 13, inspired by a mixed tapestry of jazz musical influences like Pat Metheny, George Benson, Larry Carlton and Wes Montgomery. Challenged by their individual, unique sounds, he began the search for his personal expression in an authentic African voice.

Ernie’s aim in the playing of his music is to spawn a culture that represents the free spirit of music that celebrates life and the willingness to share. In 2001 Ernie Smith released his first Album, Child of the Light, which went on to win major acclaim, seeing him win a SAMA award for Best Newcomer, a SAMA for Best Adult Contemporary and a KORA award for Most Promising Male in Africa. The South African star then went on to release his second album Lovely Things, which gave him access to a younger R&B/Jazz audience, winning him a SAMA award for Best Jazz Adult Contemporary Album, in 2002 and a METRO award for Best Jazz Artist in 2003.
Ernie’s rise to national acclaim in South Africa has grown to attract international attention, earning him production collaboration on his 2005 Album My African Heart with “Grammy award Nominee” Jonathan Butler, featuring Grammy award winner Kirk Whallum. With the release of Time for love, Ernie is set to continue his rise as a powerful South African musical voice.