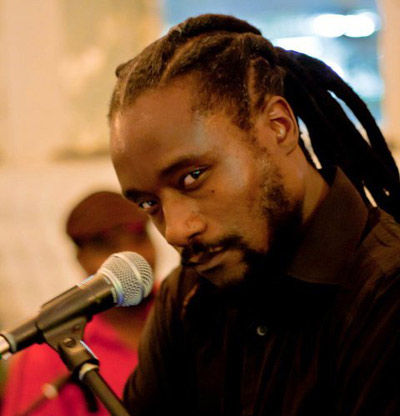 For over a decade, Erik Paliani has quietly made a name for himself as one of the most revered and accomplished producers, songwriters and guitarists working in South Africa.
Now the music heavyweight and multi-talent emerges from the background with an album of such raw beauty and intensity it’s bound to become a staple in music collections globally for decades to come.
Titled ‘CHITUKUTUKU’, the 10-track album is, in many ways, a love letter to the continent that has enabled the 36-year-old to bring such a myriad of musical styles and influences to his work, both here as a solo artist and with others – most notably Zamajobe and Hugh Masekela.
“I guess the album is very much about how I understand Africa and the different worlds that are to be found here,” Paliani explains.
That grasp of the continent is propelled by the artist’s itinerant background that has taken him from growing up in his home country, Malawi, to Zimbabwe, Mozambique, Botswana and South Africa.

“What I realised in those travels is the different energy that’s present in different places and how that plays into the music that emerges,” says Paliani.

A Malawian native, it’s no wonder that the over-arching feeling throughout ‘CHITUKUTUKU’ is the dreaminess that Paliani says is so prevalent in the villages of his own country. “It’s an amazing thing. You can go to a village or even the Lake during the day and it’s quiet. Then nighttime comes and it becomes alive, but in a magical, dreamy kind of way.”

Perhaps the song that’s the most reflective of this is ‘Kumalewule’, the last song that Paliani wrote for ‘CHITUKUTUKU’. In its reverie about old-fashioned dating rituals (“Sunset watch at the Saint Michaels Church Park/Dinner at the Soche Mountain Hotel/Proceed to Lunzu, for a cold beer at Kamesa’s Bottle store/Finally watch Bright Nkhata and the Makasu Band…” Paliani sings in Chichewa) the song is an achingly beautiful listen.

‘Kumalewule’ is also a great example of Paliani’s musical gifts. Featuring nothing more than the artist on acoustic guitar and vocals, the song is nonetheless one of the most mesmerising on ‘CHITUKUTUKU’ and its sparse production says a great deal about Paliani’s intuitive feel for allowing the music itself to lead proceedings in the recording studio.
Indeed, it’s this ability that has earned Paliani such reverence by several of the country’s biggest names, including Hugh Masekela who chose him to produce his most recent studio album, ‘Phola’ after hearing his work with Zamajobe and traditional Xhosa artist, Mavo Solomon on his album iSiGiDiMi.
Prior to his work on Masekela’s 2008 record, Paliani had gained a significant foothold in the South African music industry through his production and songwriting on Zamajobe’s two albums – the multi-South African Music Award-nominated ‘Ndawo Yam’ (2004) and Ndoni Yamanzi’ (2008).
Paliani had met the singer through Reverend Benjamin Dube, in whose band he played guitar for several years in the early 2000s, after moving to South Africa in the late 1990s. “I was playing guitar here and there and began hanging out at a Joburg studio with a Malawian friend, Will Banda. At the studio, I then met Reverend Dube’s Keyboardist, Mncedisi Majola who introduced me to the band.”
Paliani’s extraordinary ability on the guitar was also recognized by Musa Manzini and Themba Mkhize who both used him for session and live work over the years. In 2009, Paliani was part of Hugh Masekela’s touring band, performing around the world with the Afro jazz icon. Paliani’s international foothold was also further bolstered by the production work he did for Lee Ritenour’s critically acclaimed ‘Smoke ‘n Mirrors’ album, handling studio duties for a trio of songs on the album that featured Zamajobe on vocals: ‘Memeza’, ‘Forget Me Nots’ and ‘Lovely Day’.
One of Paliani’s biggest strengths is his versatility in the studio and in collaborative work. He attributes that to having experienced music in several different countries (including Zimbabwe when he studied Purchasing and Supply at the Harare Polytechnic) – but also to the band that proved to be the foundation of Paliani’s professional musical journey..
That band was called Acacias and it occupied an important role in Paliani’s home city of Blantyre in the mid 90s. “Peter Fernandez, the band’s proprietor and manager, got us into playing a really diverse repertoire. We did weddings, we did pop and rock performances – we did Malawian dance numbers and Indian Music. I disliked quite a bit of what we performed at the time but in retrospect, I see that it really gave me the ability to work in so many different genres.”
His more recent session and live work in South Africa has only enhanced Paliani’s versatility – and he’s grateful for the work that has consistently come his way as a player.
You would think, however, that such a varied musical background may run the chance of negatively impacting Paliani’s solo work: diluting the power of what he’s trying to achieve.
Thankfully, quite the opposite is in evidence on ‘CHITUKUTUKU’ which is one of the few albums that has such an astonishing (and successful) focus on a single vision.
As Paliani explains, “The album setting is post independent Central and Southern Africa, covering the period the 1960s to the 1980s. In my view this was a very exciting musical period for emerging African musicians. The era gave them a chance to start toying around with advanced music recording studios and recording techniques. Being Africa however, these musicians had to develop certain unique recording ways – just like Bob Marley did with The Wailers – to keep up with their western counterparts.
“This resulted in the creation of a unique sound that can only be described as the African sounds of the 60s and 70s. It’s heard in the recordings of artists like Fela Kuti, Thomas Mapfumo, Super Mazembe, Franco, Paul Ngozi and the MBC band.”
A sense of history ripples throughout ‘CHITUKUTUKU’ – indeed the title track is based on a song composed by Wilson Makawa in the middle years of the 20th century that became an instant hit in then Southern Rhodesia and Nyasaland (Malawi) and here is re-charged by Paliani’s sensitive arrangements and playing.,
But it’s vital to note that this sense of roots never comes at the expense of turning his first solo effort into simply nostalgia.
What Paliani manages so expertly is to suffuse the material – traditional or new – with both history and what lies ahead – this means that the songs on ‘CHITUKUTUKU’ are wondrous to listen to and, undoubtedly, timeless.
A fine example of this is ‘Dr Nico’, a tribute to DRC musician and Soukous pioneer, Nicolas Kasanda whom Paliani was introduced to by his father (who was his son’s first music teacher, having bought him an Ukulele when he was a small child). Elegant and poised, the track is a joyful listen that captures the spirit of the finger-picking guitar style innovated by Dr Nico whilst at the same time, showcasing Paliani’s consummate gifts.
There are plenty more such gorgeous songs on ‘CHITUKUTUKU’: the hypnotic ‘Kwacha, Kwayera’, the lilting beauty of ‘Ndagwada n’ipepesa’, the bold strokes of ‘Ndege’, the fatherly-love that defines ‘Tingo-Tiya’, and the fun-filled joy of ‘Toto Ife’ are just a few.
Throughout ‘CHITUKUTUKU’ Paliani is supported by some of the country’s best players including David Klassen (drums), Randal Skippers (keyboards), Tlale Makhene (percussion), Neil Engel (flugelhorn, trumpet), Percy Mbonani (tenor sax), Speedy Kobak (trombone), and Garrick Van Der Tuin (Engineer).