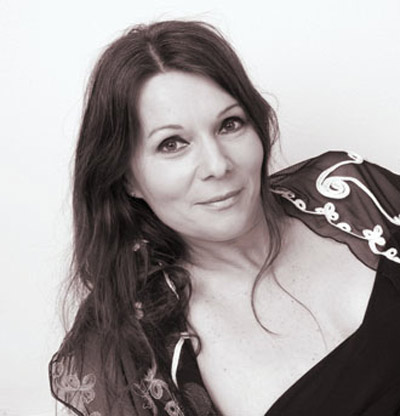 Edith Klug was born in Tulln, Austria. She studied at the Vienna Conservatory where she received her BMus with Honours in Jazz Vocals Performance. During and after the completion of her studies she taught Jazz vocals at the Volkshochschule Wien for three years while also running private group- and individual singing classes.

She moved to South Africa in 1994 where she continued performing as a professional Jazz vocalist. She opened for Brandford Marsalis at the Joy of Jazz Festival. Last year, at the Jazzland Club in Vienna, she was invited to join veteran American saxophonist Benny Golson onstage. Edith has toured the USA, Europe and Eastern Europe numerous times with various ensembles, recorded a live album of one of her performances at the Jazzland in Viennna, and performed at the famous Jazz Dock in Prague.

Edith has also collaborated with many great South African Jazz musicians across the country, most notably a two-year collaboration with the late guitarist Johnny Fourie. At the Joy of Jazz she was the vocalist for the group, Voice which boasted jazz luminaries such as saxophonist Sydney Mnisi and trumpeter Marcus Wyatt. She also performed extensively with guitarist Jonathan Crossley and bassist Carlo Mombelli, Roland Moses, James Sunny and Peter Auret . In Cape Town she performed at the Green Dolphin in an ensemble with Andrew Lilly, Mike Campbell and Kesivan Naidoo.

In 2007 she was invited to run the Jazz vocal department at Wits University where she still teaches Jazz vocals.

Edith Klug is currently working on her second album, Joburg Lullaby, which will include some of her own compositions and collaboration with poet, Gerard Rudolf.

Edith received her Master’s (MMus) in Jazz vocal Performance from the University of Pretoria in 2014.