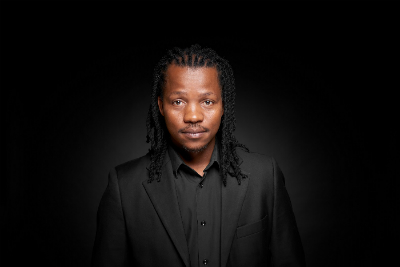 Dumza is no stranger to the South African music industry – his most popular song ‘Nguye’ off his debut album ‘Iphupha Lam’ became an instant hit on various national and provincial/community radio stations. The song was number one on Umhlobo Wenene charts for several weeks.

Dumza was born in a village called Bhira in the vibrant small town of Ngqushwa (Peddie) in the Eastern Cape. He is a singer and songwriter, therefore, all of his music is self-composed. He writes about his life experiences and views, as well as various things that inspire and motivate him. Dumza is deeply rooted in his culture and religion, so his music displays his strong sense of tradition and religious beliefs.

Dumza has shared the stage with some of the country’s top artists including Thandiswa Mazwai, Simphiwe Dana, Ringo Madlingozi, Tshepo Tshola, Spokazi, the Jaziel Brothers, Mafikizolo and the legendary Victor Ntoni. He had the rare opportunity to open for the internationally acclaimed duo, Kenny Latimore and Chante More, on their visit to South Africa.  He has also performed at major events such as the Grahamstown National Arts Festival and the Macufe Festival.

His latest single, titled ‘Nomthandazo’, was released on 31 March 2016 and currently enjoys frequent airplay on national and regional radio stations. This single is listed on 17 different radio stations at present including Kaya-FM, Umhlobo Wenene, TruFM, SA FM and Radio 2000.

He has been featured in music produced by the award-winning DJ Mobi Dixon and DJ Palture.