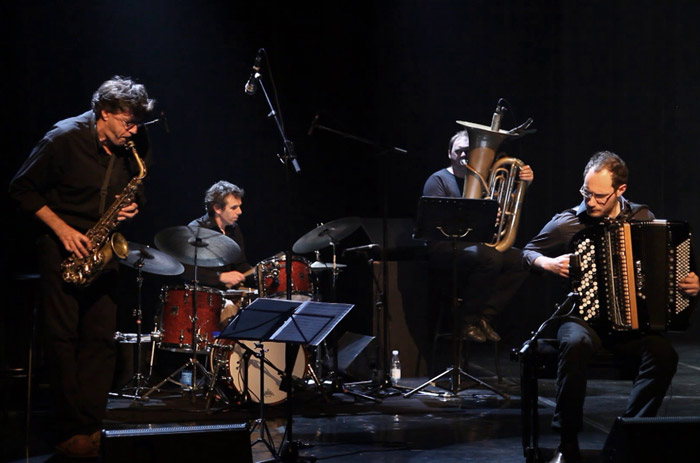 Established around 10 years ago, the Didier Labbé Quartet has performed over 300 concerts in France and abroad, produced five repertoires and recorded 4 albums.

Also, Abdullah Ibrahim’s music reflects the complexity of the identity of his country through the rich and diverse songs borrowed from Cape Malay to African traditional music, the popular hits of the time, the carnival music, standards jazz and Afro-American religious music.

Abdullah Ibrahim’s music is characterized both by its dominantly festive aspect and its spiritual dimension, giving it great depth.
This quartet presents some pieces from the South African composer as well as personal compositions from Didier Labbé, writing with the composer’s music in mind.