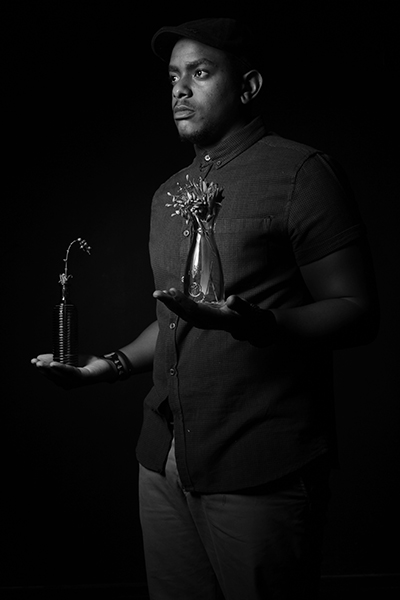 Daev Martian, (Born Dave Moyo in 1992), is a producer/artist/DJ from Johannesburg, South Africa. Daev has been around music for virtually all of his life due to the fact that his father is an apt bass guitarist.

His sound is a futuristic and eclectic gathering of influences from jazz, hip hop and electronic music. His music career was stirred up when he learned how to use DAW’s for making music in 2009. While still consistently making beats, Daev also began writing lyrics to his own instrumentals & uploading them on the internet. Since then Daev Martian’s music has been progressive.

Putting his music on the internet has opened many doors for Daev. He released his first official EP, Sometimes, under California-based indie label Goldie Records. His self-directed music video, ETYM, was released in November 2015. His self-produced single, Stay (Plunged), was featured on the Bandcamp Weekly show. His second EP, Gears, was released by Gentle Records (Australia) on 25 November 2015. In 2016, Daev released his third EP, uMoya, with Stay True Sounds (South Africa) – a label founded by Kid Fonque and Julian Gomes.