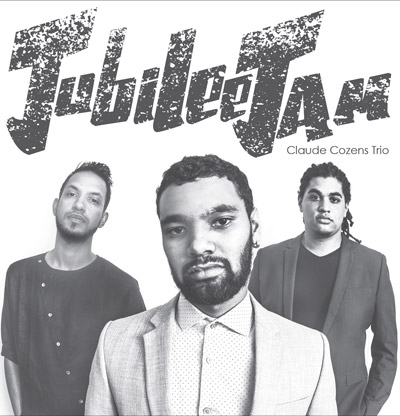 Born on 27 February 1989, Cozens is fast establishing himself as one of South Africa’s most revered and sought-after drummers. He is also a talented pianist, composer and drum tutor. Renowned for his distinctive, open-style percussive drumming technique, Cozens is at the forefront of a new generation of rising talent who, according to arts journalist, Atiyyah Khan, is ‘trying to carve their own path in South Africa.’

Cozens completed his Postgraduate Diploma at the South African College of Music at the University of Cape Town in 2012. During 2008/2009 he was awarded a one-year scholarship to study improvised music in Norway at the prestigious Norwegian Academy of Music where he studied Jazz and its relative sub-genres. Apart from leading his own Trio, Cozens’ compelling energy and drumming inventiveness has seen him perform with a wide array of creative artists, inter alia, Rus Nerwich, Kyle Shepherd, Bokani Dyer, Jimmy Dludlu, Hilton Schilder, Mark Fransman, Darren English, Neo Muyanga, Buddy Wells, Andre Peterson, many of whom he has gone on to record with. During his professional career he has performed at numerous top performing venues and festivals in South Africa and abroad including, The Cape Town International Jazz Festival, The National Arts Festival, Grahamstown, The Edge of Wrong Festival, The Pan African Space Station, The South African Association of Jazz Education Festival, Victoria Jazz Scene, Oslo (Norway) and Kulturhus Trondheim (Norway) for Nelson Mandela’s birthday Celebration.

In a major pioneering innovation in drum design, Kyle Shepherd and Claude Cozens designed and built what is believed to be the world’s first complete Ghoema Drum Kit! The Drum Kit was launched at the world première of Shepherd’s ‘Xamissa’ project at Festival d’Automne à Paris, in France.

“With this album I’ve tried to draw all the elements that I like together into musical form, while trying to be true to whom I am and my own experiences. In ‘JubileeJam’ I am hoping that listeners will hear the essence of traditional dance music and folk music – something that often embodies ritual, joy and celebration. No matter how complex the music may get, I always try to keep those simple elements there.
Jubilee reminds me of a biblical feast, a banquet to commemorate a special celebration with lots to eat and drink! There’s enjoyment, dancing and fun. So Jubilee is an emotion, an experience. Jam comes from the Jazz tradition where musicians get together after their late night gigs, concerts around town and jam and have fun together, playing whatever they want to play and improvise. So Jam is referring to improvisation, freedom and liberty. ‘JubileeJam’ is the overflow of happiness, joyfulness and the sharing of abundance.”

While his music naturally reflects the rich and diverse sounds and rhythms of his home town, Cape Town, the African continent and Jazz, Cozens has already ventured beyond that in his quest to write his own story and carve out his own unique identity as an artist.
“What I am working towards in my approach as a composer and arranger, is to draw not only from Jazz but also, African Music, Gospel, R&B and Hip Hop to create pieces of circular motion that will allow us a platform as instrumentalist to flow and bring life to the piece. The more I write the closer I get to this idea ideal. It’s still very early days; the journey has just begun. The more I write the more complete the music is starting to feel. ‘JubileeJam’ is the story of the beginning of my musical expedition in this life.
As a drummer, my sound has changed from the traditional jazz sound to more of a contemporary one, whilst still embracing the percussive approach that Ghoema and African music is founded on. My time spent playing lots of improvised music has also added an alternative element to my playing. This must be as a result of playing many different kinds of music which inevitably became a part of me, just like my lineage. The influences are wide and far between. Being a sponge to music has always been my approach in developing a sound that reflects what I am about.”

Although his early childhood musical influences started with his mother who played the piano (which went on to become the first instrument he learnt to play) at home, his fascination with the drums started at the age of about four when he was exposed to it at church. From that point onwards, he was almost ‘obsessed’ by it, to the point of actively pursuing every little opportunity there was to beat out a rhythm on any drum he could lay his hands on until he was able to get his own drum kit some ten years later. As adept at bass guitar and piano as he is at drums, the young multi-instrumentalist’s desire to make the drums his primary instrument is driven by the fact that he feels it serves as the medium through which he can most comfortably express himself and channel his spirit, energy and purpose. It was under the tutorship of Fred Kuit, Head of the Music Department at the Muizenberg High School, that Cozens first developed a love for Jazz and improvised music and where he learnt about the music and lives of the many great American and South African Jazz composers ranging from Miles Davis, Herbie Hancock, Abdullah Ibrahim and Bheki Mseleku. “Kuit introduced me to Jazz. In class we would study the subject of music as laid out in the curriculum but after school we would study the Blues, Be-bop, Hard-bop and modal jazz with Kuit.”

His musical influences include great artists like Abdullah Ibrahim, Keith Jarrett, Jack De Johnette, Jason Moran, Robert Glasper, Chris Dave, Robbie Jansen, Elvin Jones, Zim Ngqawana, Louis Moholo-Moholo, Herbie Hancock, Charles Lloyd and Hilton Schilder. For Cozens the inextricable link of music to spirituality and the yearning for something deeper is always at the heart of what he trying to do and say with his music. “I do believe that music is highly spiritual. Music will have an effect in the spiritual realms.”