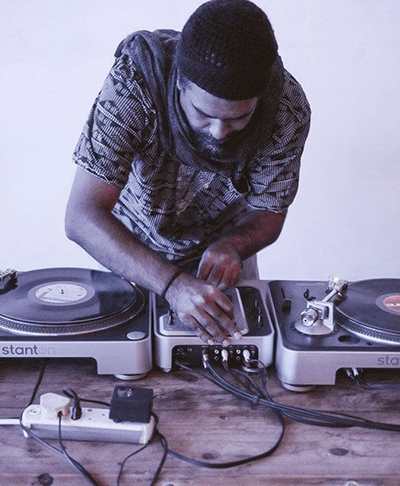 Boeta Gee cut his teeth at his first DJ gig 20 years ago. An avid music collector, he was never content with following trends or current sounds. This led him to dig into the lesser-explored treasure trove of music from the African continent and its diaspora.

He has been a founding member of the legendary Fong Kong Bantu Sound System, which challenged Cape Town dancefloors from 2002 to 2010, as well as the Future Nostalgia collective – with whom he still collaborates. Over the years he has held slots on Mutha FM and the Pan African Space Station internet radio stations, and played dancefloors from Cape Town to Joburg to Gothenburg (Sweden)

His selections have always been the exploration of the roots and routes of music. In an attempt to broaden his scope he is also exploring the notion of DJ as archiver/historian/narrator.